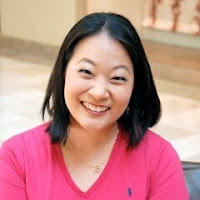 I'm so thrilled to have my friend, Camy Tang, on my blog today. For those of you who don't know her, she's the exciting new author of a series of Asian Chic Lit novels. Now, I'll tell you up front, I'm not a fan of Chic Lit. My tastes run more toward historicals and suspense, but let me tell you in all honestly, I LOVED the first 2 books in Camy's series. Today, she is going to answer some questions about why she writes about the Asian American culture. Then, I'll share a bit about her new book, Only Uni, and I'm also having a drawing for 2 free copies.
Welcome, Camy. Please tell us why you write about the Asian American culture:

1) I’m Japanese American—fourth generation in America, to be exact. While I’m a bit removed from my ethnic heritage—I don’t speak Japanese, for example—there are still things I grew up with that influence my thinking, my actions, my relationship with my family.

2) I grew up in Hawaii, which is mostly Asian. I didn’t realize until I went to California for college how unusual this was. I had massive culture shock, although not in a bad way. The best part was being exposed to so many different types of foods, like Norwegian, German, Indian, Southern (VERY eye-opening and VERY yummy), Mexican (you wouldn’t believe how hard it is to find a good Mexican restaurant in Hawaii)—you name it!

3) They always say for writers to “write what you know.” Well, I know Asian Americans. I don’t think I could credibly write an Irish American or Italian American.

4) It’s fun to reveal aspects of Asian American culture to people who haven’t been exposed to it. Not everything is weird, like eating raw fish or making mochi before New Year’s—there are lots of other aspects that are fun and interesting.

5) One thing I’ve learned is that no matter what your ethnicity, families are essentially the same. Lots of my friends who are not Asian relate to my stories about my Asian family, and I can relate to their stories about their own relatives. You don’t have to be Asian to have nosy, nagging relatives who think a woman’s only purpose in life is to get married and have children before her parents die of old age.

6) I’ve always been a bit of a rebel, and there weren’t any other Asian American fiction writers in the Christian publishing industry. Why not be the first?

7) Much as I like Amy Tan, I wanted to read books that were both about Asian Americans and were funny. So I wrote them.

8) I felt obligated to write about Grandma Sakai as a tribute to all my Christian female friends, currently single or previously single, Asian and non-Asian, who had ever had problems with a family member who wouldn’t stop graciously pointing out the fact that they hadn’t yet landed a decent man.

9) I love chick lit but hadn’t seen many heroines who were jocks, and since so many of my Asian friends are incredible athletes, I had to write about one.

11) Volleyball is a very popular recreational sport among Asian Americans in California. There are numerous leagues in both northern and southern California, and it’s become part of the Asian American culture. I and my husband played in the Nikkei Volleyball League, and so I wrote about it in Sushi for One.

12) Being Silicon Valley, there are a lot of biotech companies here. There are also a lot of Asian Americans in the biological sciences, who flock to this area for jobs. Naturally I had to write about my work as a biologist in Only Uni.

13) Asian food is GREAT! People ought to try it! Maybe my books will inspire them to scope out a Japanese or Chinese restaurant and be daring.

14) Readers need to know that not all Asian people speak another language.

17) There really are some rather nasty things pregnant women are supposed to eat, according to various Chinese mothers. (The pig’s brain soup in Only Uni is real.)

18) If I didn’t write contemporary fiction with Asian American characters, I’d be writing Regency romances, and who would read a Regency written by some Asian chick? I guess I’d write under a pseudonym. Camy Tangy.

20) My writing about Asiana makes my mother very proud, because while I was growing up, she despaired that I was too Americanized.

21) And the final reason I write Asian American contemporary fiction: because God told me to.
Thanks so much, Camy!
Here's a bit about Camy. She is the loud Asian chick who writes loud Asian chick lit. She used to be a biologist, but now she is a staff worker for her church youth group and leads a worship team for Sunday service. She also runs the Story Sensei fiction critique service. On her blog, she gives away Christian novels every Monday and Thursday, and she ponders frivolous things like dumb dogs (namely, hers), coffee-geek husbands (no resemblance to her own...), the writing journey, Asiana, and anything else that comes to mind. Visit her website at http://www.camytang.com/ for a huge website contest going on right now, giving away five boxes of books and 25 copies of her latest release, ONLY UNI.

The first book in Camy's series. Sushi for One was fabulous, but I enjoyed Only Uni even more! This is a funny, suspenseful book that I guarantee you will not be able to put down. The things that happened to the main character, Trish, are beyond hysterical as she attempts to follow a set of rules to make herself holy after living a sinful life. Camy has a couple of dramatic twists in the story that really surprised me. and of course there's lots of hunks and a some romance too. You do not want to miss this story. To win a free copy, please leave a comment on this blog. I'll draw two names for 2 free copies on Friday, March 14th.