Land Ho! Pirates and the sea are out. 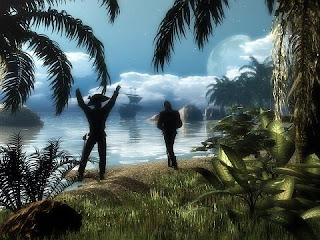 I received some discouraging news last week from my publisher. Not only has my pirate series been taken off the market (some time ago) but now I'm told that some Christian book stores as well as major chains like Walmart and Sams Club will not purchase books set upon the sea that may have any hint of piracy!  Egad! And because of my original pirate series, my name M.L. Tyndall is associated with pirates. Hence, M.L. Tyndall books will be scare in bookstores and in particular Walmart. What is wrong with pirates, I ask you? I feel like I should join a pirate's anonymous group where I sheepishly raise my hand and say. "I admit it, I'm a pirate-aholic."  Is there a pill I can take to get over this? Must I go cold turkey?

But before you set sails and scour the sea for these scalawags, the good news is my publisher really likes my books. Yea!  So, they are going on a campaign to distance my name from pirates in order to get my books into some of these stores where I can receive a wider distribution.  And to me, that's important. I want to get my stories into people's hands, not only so they can enjoy them, but also so they can hopefully get a clearer picture of God through my books and draw closer to Him.

So, from now on my books will no longer have any tall ships or hint of the sea on the covers. In addition my name will change from M.L. Tyndall to MaryLu Tyndall on the covers. I'm telling you, my faithful followers, because I want to make sure you recognize my books the next time they release. In particular because my next release, (Formally known as) Surrender the Sea, but now changed to Surrender the Heart, is entirely set upon the sea. Yet, there will be no hint of that on the cover. Sigh.

My hope is that sea-faring adventure stories will become popular again some day and I will be able to write the kind of stories I love to write! In the meantime, I intend to remain on shore, well at least most of the time. (wink). But don't despair, my stories will be just as adventurous as always, and I won't be able to resist having a ship or two in the distance.
Posted by MaryLu Tyndall at 7:00 AM