The Flying Scroll and the basket of wickedness 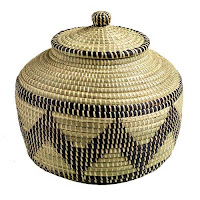 I've been reading through Zechariah. Fascinating stuff!!!  But I came across Zechariah 5. It starts like this:

So, what does the scroll do? What is it for?

This fascinated me. Just think of this giant invisible scroll wandering across the earth and entering the houses of the wicked. God mentions 2 major sinners here, the thief and the liar , but I believe He refers to all wickedness. Once the scroll enters the house, it consumes it, like a cancer, like slow-burning fire.

How many times have we asked ourselves. Lord, why do the wicked prosper? Why are they rich and seemingly happy and have everything? Yet, are they really happy? We don't know what's going on inside their homes. Sometimes we see snippets of it on the Tabloids, but honestly, I believe that any family who does not know the Lord or is not following the Truth, and who gives themselves over to wickedness ARE NOT HAPPY. Because without God changing our hearts, we are inherently wicked. We fight, and are selfish, and greedy


Here, James describes the nature without God
What causes fights and quarrels among you? Don’t they come from your desires that battle within you?  You desire but do not have, so you kill. You covet but you cannot get what you want, so you quarrel and fight. You do not have because you do not ask God. When you ask, you do not receive, because you ask with wrong motives, that you may spend what you get on your pleasures. James 4

But Zechariah goes on to describe a vision of a massive basket carried by two women with wings. Inside the basket is another woman. Here's how the angel describes her

This is lawlessness (wickedness)! And he thrust her back into the ephah-sized vessel and he cast the weight of lead upon the mouth of it!


Then the angels took the basket away and Zechariah asked the angel where they were taking it and he told Zechariah to Babylon to build it a house and when it's finished to set it there.


So, I asked God what is this basket? What does it mean? And He clearly spoke to my heart and told me, this is the basket containing the wickedness of the entire world. Every sin, every evil act, goes into the basket. But there will come a time that this basket will become full. And when that happens, it will stop roaming the earth and will find residence in Babylon. And then the countdown to the end of the age will begin.


Wow! I thought that is so interesting! I don't know if this is a spiritual Babylon or a real Babylon, but that city plays a HUGE role in End time events. Just read Revelation. It will be the center of wickedness and the rule of the anti-Christ. But what struck me the most is that there is a predefined limit to how much evil God will allow on this earth. Once that limit has been reached, it's over. And considering how evil the days are becoming, my guess is we're speeding toward the end at an ever accelerating pace.


So, what am I trying to say with all this?
1. The wicked may "appear" to have it all together. But they have no peace in this life, nor will they in the next.
2. Be encouraged that the worse the world becomes, the sooner we, who follow Jesus, will see Him!

Then lifted I up my eyes and looked, and behold, there were two women coming forward! The wind was in their wings, for they had wings like the wings of a stork, and they lifted up the ephah-sized vessel between the earth and the heavens.
Then said I to the angel who talked with me, Where are they taking the ephah-sized vessel?
And he said to me, To the land of Shinar [Babylonia] to build it a house, and when it is finished, to set up the ephah[-sized vessel--the symbol of such sinners and their guilt] there upon its own base.
Zechariah 5 Amplified.