First, the winner of last Friday's drawing for a free mug or tote bag from Laurie Alice Eakes is:  Casey!!! Congratulations, Casey! And thanks to all who entered!
And NOW

Welcome to Surrender the Night month!

In honor of the book's release next month, I'll be posting something about the story every Friday. Leave a comment and I'll enter your name in a drawing for a free copy!  If you're a member of me Motley Crew, feel free to leave a comment, but ye won't be entered in the drawin'. Be that clear?

Anyway, today we will learn a little bit about the heroine, Miss Rose McGuire. 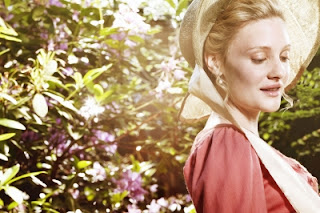 Brief description:  At age 20, tall and slender with turquoise-colored eyes and honeyed hair, Rose McGuire would be considered one of Baltimore’s most comely ladies if it weren’t for the smudges of dirt often found on her hands and face. You see, Rose would prefer working on her farm than donning fancy gowns and attending soirees and teas with the high society of Baltimore. In fact, some of her best friends are pigs, chickens, and cows, and she finds them far more trustworthy than any man she has met. Though she must marry to retain ownership of her farm, a horrific event in her past, keeps her mistrustful of all men and in bondage to fear and unforgiveness. So much so that she rarely leaves the sanctuary of her farm where she lives with her doting Aunt and Uncle. She particularly hates the British because they murdered her father.  So, what is Rose to do when British troops attack her farm, and one particular British naval officer is wounded trying to protect her?
Strengths: Patriotic, Good heart, Charitable, Humble, Down-to-earth
Weaknesses:  Fear, Unforgiving, Bitter, Pessimist
Quirks: When Rose is frightened, she sings a song her father used to sing to her as a child. She often has specks of dirt on her skin and gown.
Inspiration: We are not only a product of our genetics but of our past. When more than one terrible tragedy strikes us, particularly when we are young, it is often impossible to overcome the various struggles which result. I’ve met countless people who are what I call, the walking wounded. They appear to function well on the outside, but inside they are a bubbling mass of anger, hatred, bitterness, insecurity, and unforgiveness—a cauldron just waiting to explode at the slightest little thing. Unless they let go of their unforgiveness and anger and receive the healing love of God, they will lead very unsuccessful lives. These people are the inspiration for Rose. She wants to be better, she wants to overcome her fear, her past, she wants to help other people, but she is imprisoned in her own fear and hatred.
Based on this description, what qualities do you have that are similar to Rose, and in what ways are you different?
Posted by MaryLu Tyndall at 4:00 AM