Week 2 of Surrender the Night Month!!

And the winner of last week's drawing is:  Rachel!!!!
Thank you to all who left a comment!

Today, we will learn about the hero in the story, Lieutenant Alexander Reed. If you read the first book in the series, then you're already slightly familiar with this honorable man. 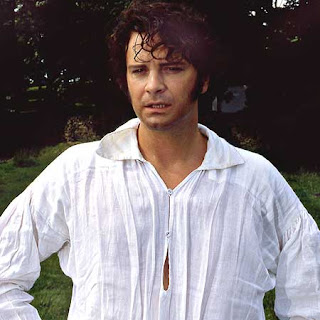 Brief description: At age three and twenty, with dark brown hair, a tall sturdy stature, and hazel eyes, Alexander Reed makes for quite a handsome, imposing figure, especially in his Royal Navy Lieutenant’s uniform. Normally proud of his country and its dominion in the world, he finds the cruel way his countrymen are fighting this petty war with America to be beneath the honor and decency of Britain. He only joined His Majesty’s navy to make a fortune and a name for himself in battle—both which he hoped would not only gain him entrance back into his home in Cranleigh, but the forgiveness of his father for infractions in his youth. But he had not signed up for such wickedness! Surely these rustic, backwoods rebels need to be taught a lesson, but not murdered and ravished in their beds. Being forced to participate in such barbarity against innocent settlers sickens Alex. Alternatively, Alex’s superior and first lieutenant aboard the HMS Undefeatable, Mr. Garrick, seems to relish in such debauchery. So when the vile man attacks an innocent farm girl, Alex can do nothing less than step in to save the girl. What he didn’t expect was to get shot by the American tart in the process.
Strengths: Honorable, Kind, Moral, Chivalrous, Resolute
Weaknesses: Arrogant, Snobbish, Judgmental, Demanding, Rigid
Inspiration:  There’s nothing more difficult for a child than being rejected by a father.  It doesn’t have to be a flat out rejection. It could be plain and simple neglect, favoring another sibling, withholding praise, or just never being there. When this happens, a child either grows up with all sorts of emotional problems and withdraws, or he spend his life trying to gain his father’s favor, even well into his own adulthood. That is what Alex is trying to do. He hopes to gain enough money and honor to win his father’s approval and affection and be welcomed back into his home. Because he didn’t receive his father’s love, Alex has come to believe that love must be earned. I believe so many people today suffer from this same problem. They try to earn their parent’s love, friend’s love, even their spouse’s love by doing things or being a certain way. But the truth is, you cannot force anyone to love you in this world. The only love you can count on—the only love that is freely given, no strings attached, no conditions, that cannot be bought or earned is the love of God.
So, tell me. What qualities about Lieutenant Reed appeal to you and which ones would you be a bit cautious of? Is he the type of man you'd go on a date with? And if not, why?
Leave a comment, along with your email, please, and I'll draw a name next Friday

By the way, I'm unveiling my new Video Book Trailer next Friday so don't miss it. It's fabulous!
Posted by MaryLu Tyndall at 4:00 AM