Take off those filthy rags!

Then the angel showed me Joshua the high priest standing before the Angel of the Lord (Jesus), and Satan standing at Joshua's right hand to be his adversary and to accuse him. And the Lord said to Satan, The Lord rebuke you, O Satan! Even the Lord, Who chooses Jerusalem, rebuke you! Is not this returned captive Joshua a brand plucked out of the fire?  Zechariah 3

Are you a brand plucked out of the fire?  If  you don't think you are, then you probably don't truly understand your horrible predicament before you came to know Christ.  We were all brands in the fire, filthy, degenerate, prideful,evil and headed straight toward hell. Some of us were probably much hotter than others (moi included), and took a bit more time to cool off.   :-)

Here's what these verses impressed upon me
Here's the rest of the passage. Picture yourself in place of Joshua, standing in the throne room of God. Jesus is standing beside you. I would guess also present are a host of angels and saints as well as the giant Cerephin who stand before the throne. And Satan is there accusing you. Trouble is, he's not lying. He's telling God about all the rotten things you did last week. The selfish things, the little lies, the jealousy, the lust, the anger, hatred... And it's all true. So, there you stand, condemned, guilty as charged. ......

Now Joshua was clothed with filthy garments and was standing before the Angel of the Lord (Jesus). And He spoke to those who stood before Him, saying, Take away the filthy garments from him. And He said to Joshua, Behold, I have caused your iniquity to pass from you, and I will clothe you with rich apparel.....So they put a clean turban on his head and clothed him with rich garments.... And the Angel of the Lord solemnly and earnestly protested and affirmed to Joshua, saying,    Thus says the Lord of hosts: If you will walk in My ways and keep My charge, then also you shall rule My house and have charge of My courts, and I will give you access to My presence and places to walk among these who stand here. 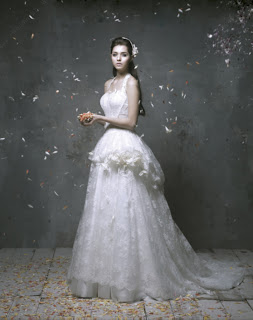 Love this! Jesus cleanses you of all your sin, takes off your filthy apparel (representing your sins) and clothes you in rich, clean garments.  There's no better picture of the divine grace of God available to us through the sacrifice of Jesus on the cross!  So, maybe you've messed up lately. Maybe you done or said things you wished you hadn't... and you're feeling like scum. Sure, you've apologized to whoever you offended and you repented before God, but you still feel horrible, covered with guilt and shame. May I offer that you're probably listening to Satan accuse you before the throne? Stop it! If you're truly repentant, God wants to clothe you in white rich garments. He ignores the taunts of the enemy. And so should you! So, picture yourself standing before him and imagine your filthy rags being removed and a glorious white glittering gown placed over your body.  And the loving admonition of the Father, telling you to walk in His ways and keep His commandments and you will have eternal access to His presence.

And believe me, there's no better place to be!.
Posted by MaryLu Tyndall at 4:00 AM