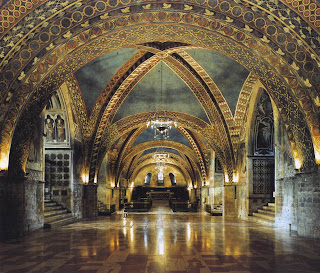 What has happened to the Church in America that makes us believe we must have a beautiful building, a great worship band, cushy seats, entertainment, programs for all ages, BBQ's and potlucks and a riveting, heart-warming sermon in order to draw in the lost? Where a big building and huge crowds are measures of our success?

It seems to me that Jesus wasn't like that at all. In fact, he was quite the opposite. He often told people that to follow him was going to cost them everything. That to follow Him was not going to be easy.  Jesus was selective. He didn't want huge crowds. In fact more often than not, He turned people away. No, Jesus only wanted people around Him who were truly committed to Him, wholly submitted to His will, no matter what.
And He didn't care if they were only a few in number.

Let's look at some of Jesus's seeker-friendly statements:

Now Jesus, when He saw the great throngs around Him, gave orders to cross to the other side of the lake.  (Notice he left the huge crowd!)  And a scribe came up and said to Him, Master, I will accompany You wherever You go. And Jesus replied to him, Foxes have holes and the birds of the air have lodging places, but the Son of Man has nowhere to lay His head. Another of the disciples said to Him, Lord, let me first go and bury my father.  But Jesus said to him, Follow Me, and leave the dead to bury their own dead. Matthew 8:18-22

And Jesus said to them, I assure you, most solemnly I tell you, you cannot have any life in you unless you eat the flesh of the Son of Man and drink His blood. He who feeds on My flesh and drinks My blood has eternal life, and I will raise him up on the last day. John 6:53-54
After he said this:  After this, many of His disciples drew back and no longer accompanied Him.  John 6:66

If anyone comes to me and does not hate father and mother, wife and children, brothers and sisters—yes, even their own life—such a person cannot be my disciple Luke 14:26


Then he called the crowd to him along with his disciples and said: “Whoever wants to be my disciple must deny themselves and take up their cross and follow me. Mark 8:34


Then you will be handed over to be persecuted and put to death, and you will be hated by all nations because of me. Matthew 24:9


Then there's the story of the rich young ruler who came to Jesus asking what he had to do to be saved.
Jesus answered, “If you want to be perfect, go, sell your possessions and give to the poor, and you will have treasure in heaven. Then come, follow me.”   When the young man heard this, he went away sad, because he had great wealth. Matthew 19:21-22

Can you imagine a preacher saying these things from the pulpit these days? If he did, it's likely most of the people would get up and walk out. Why are we so obsessed with massive churches and crowds when Jesus wasn't.  He changed the world with 11 devoted men.


My fear is that the American version of the gospel has become more about us and less about God. More about what God can do for us and less about how we can glorify Him with our lives. Let's examine our own hearts and see where we stand with God. Are we part of the crowd who only follows Him hoping for a miracle, a blessing, or some food (like the crowds that followed him long ago)  Or are we truly like the eleven men who followed him, sleeping on the ground, hungry and cold, leaving everything behind, even risking death, simply for the treasure of knowing Him?
Posted by MaryLu Tyndall at 4:00 AM