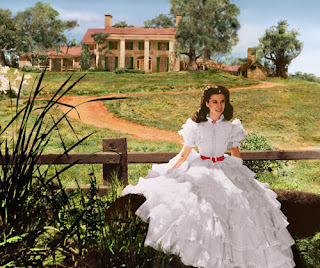 I know this is a LONG way in the future, but I thought you'd like to know a bit about my next series.  It's a trilogy called Escape to Paradise.

Series Theme:  You can’t run away from your problems, your past, or your pain, and especially not from God. Trouble is, no matter how green your new pastures seem to be, your pain, problems and past follow you because the true problem is within you. Only God can deliver you from all three and from yourself.
Backdrop: In 1866, a year after the Civil War ended, the federal government’s reconstruction of the south has caused nothing but turmoil, depression, hardships, and chaos. Southern cities are in shambles: railroads are torn up, schools and banks closed, employment is at a standstill, and nearly everyone is mourning a loved one who died in the war. Angry and humiliated by their defeat and resentful of the military occupation, some southerners opt for fresh beginnings in a new fertile land—Brazil. During the years after the war nearly 20,000 southerners escaped to this beckoning paradise. Though some returned, several stayed and started townships where they created new, successful lives. Called the Confederados by the Brazilians, the culture of these hardy southerners still lives on in their ancestors today.
Book 1: The Heart’s Escape  (to be published Fall of 2012)
A disillusioned confederate Colonel who hates anything or anyone associated with the North organizes a ship full of his fellow southerners to start over in Brazil and falls for the widow of the Brigadier General who killed his brother.
Book 2:  The Rebel’s Retreat (to be published 2013)
A conman running from the law and searching for his father and the spoiled daughter of a plantation owner  desperate for her old life of security find love in the jungles of Brazil.

Book 3: Abandoned Memories  (to be published 2013)
Both failures at life, a preacher with a sordid past falls for a prostitute seeking redemption and a new life 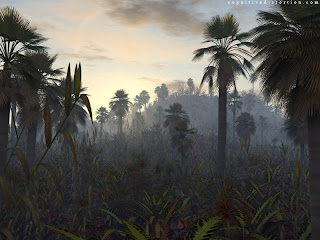 I have a lot of research to do on Brazil, but I'm very excited about getting started with this series. As I already posted, I pitched it as a cross between LOST and Gone With The Wind.  The jungles of Brazil provide the perfect backdrop for all kinds of mayhem, intrigue and romance. I may even throw in a pirate or two!