The trinity of God's voice 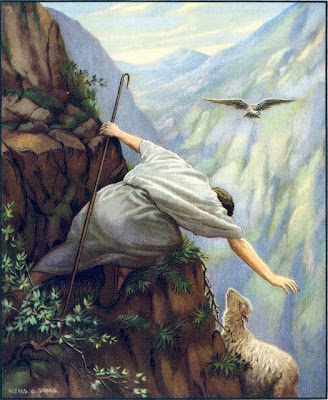 I've been a follower of Jesus long enough to have a sense of how He reveals things to me. It never fails to amaze me that the God of the Universe takes time out to bend low and speak to little old me.

I'll share a recent personal story. The biggest burdens I bear daily are my lost children, my prodigals. I can't think of anything else in my life I've spent more time on my knees praying over or more time fasting about.  It's especially hard when I see them making bad decisions and heading down a path I know will lead to suffering and ultimately spiritual death. Especially when I know the only ONE who can save them in this world and in the next.

However, God has been faithful over the years to show me both through Scripture and through specific Words He has placed in my heart, and sometimes in signs, that He loves my children and they'll be with me in Heaven.  But you know how life goes. Circumstances rise to threaten my faith and sometimes it seems nothing good is happening. There are no positive signs that God is working on them. Instead things get worse.

Recently, I was up on my hill praying and the story of the Lost Sheep just popped into my head. Mind you, I haven't read that parable in months and I wasn't thinking about it at all. So I thought, how nice, thank you, Lord. But I didn't really think anything more about it. Then, two days later as I was doing my daily Bible Reading, I came across that exact same parable.  Now, I ask you, what are the odds of that? So, I read the parable and thanked God for showing me once again that He doesn't forget the Lost Sheep.  But wait, there's more! At church that same week, we had a guest speaker because our pastor was called away due to a family emergency. And guess what the message was?  Yup. The Lost Sheep. I sat there, stunned. My husband elbowed me with a grin. Well, God had my attention now! During the service, I distinctly head God tell me that He was going after my lost sheep and He would bring them back. What an awesome God we serve!

That's not the first time God has spoken to me three times about one specific thing. He did the same thing when He told me to write a novel about a Christian Pirate. At the time, I laughed, thinking surely I must be hearing things, because I had never written a novel before. But the pirate theme kept reoccurring in conversations, books, movies, until finally I couldn't escape it. So I obeyed.

From my experience, here are some ways God speaks to us

So whether you're praying for something dear to your heart, asking God for wisdom or direction, or simply waiting for a particular answer, spend time with Him, in His word, in prayer, at church, talking about Him to others, etc. And then LISTEN. Be attentive. Open your ears. Open your heart. You never know when or how He's going to speak to you. But He will speak to you. How can He not? He's a father and you're His child. Don't you answer your children's questions? Or do you just ignore them?

I'm not saying God will speak to you in the same way He does me. All I'm saying is if you hear the same thing over and over, particularly on three separate occasions, in three different forms, then my advice to you is to pay attention!  You don't want to miss what God has for you.
Posted by MaryLu Tyndall at 4:00 AM