Win a copy of Undercurrent by Michelle Griep !!! 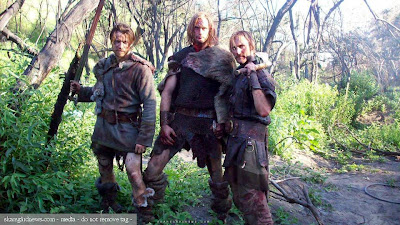 Top 5 Reasons to Admire a Viking
Guest Blog by Michelle Griep
1. Sweet Texting Skills
The Viking alphabet, the Futhark, is a series of straight lines. Super easy to carve into a stick, a skull, what-have-you. Much of their communication has been unearthed by archeologists, down to shopping lists, threats, and love notes.
2. Viking Men Put Metrosexuals to Shame
Contrary to popular belief, Vikings were a meticulously clean and well-dressed people group. Unlike the English, they didn’t hold any ridiculous superstitions about bathing opening the door to demon possession. Once a week they soaked in their bubble bath and daily combed out their hair. Clothing was bright and fashionable, often incorporating imported silks and furs.
3. Debt Free Living
These people paid their debts and paid them fast—or were kicked out of the country. Everything had a monetary value, even a life. If you killed someone, you had to reimburse the deceased’s family (called wergild).
4. CEO Determination
They knew what they wanted and went after it. Gold and silver, mostly, though land was high on their list as well. And if a Viking showed up on your doorstep, you’d probably better cooperate. They employed ruthless practices such as the ‘blood eagle’ (I won’t go into detail to spare the squeamish at heart, but let’s just say this activity involved surgical skill, bone cracking, and organ removal).
5. Packers Suck
Enough said.
Now that your appetite is whetted for big, beefy Vikings, there’s a book you really shouldn’t pass up. Take a trip back in time and experience these wild and winsome people in UNDERCURRENT… 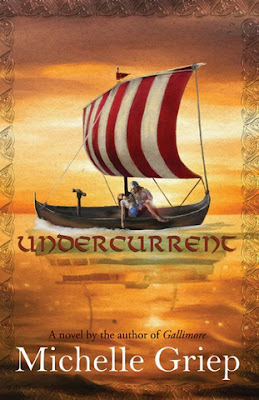 People go missing every day. Many meet with foul play, some leave the social grid by choice, but others are never accounted for. Such is the fate of successful linguistics professor Cassie Larson. She leads a life her undergrad students hope to attain, until she tumbles into the North Sea and is sucked into a swirling vortex…and a different century.
Alarik, son of a Viking chieftain, is blamed for a murder he didn’t commit—or did he? He can’t remember. On the run, saving a half-drowned foreign woman wasn’t in his plans.
Ragnar is a converted pagan shunned by many but determined to prove his Cousin Alarik’s innocence. He didn’t count on falling in love with Cassie or the deadly presence of evil that threatens his village in Alarik’s absence.
UNDERCURRENT…dare to be swept away. Available now at Amazon or Risen Books
Buy from Amazon 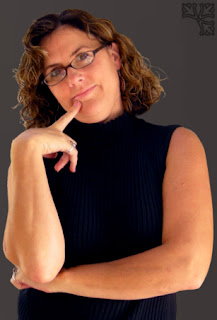 Michelle's been writing since she first discovered Crayolas and blank wall space. She resides in the frozen tundra of Minnesota with 5 other mammals (both human and canine). And don't forget to check out her debut novel, GALLIMORE...a Wizard of Oz tale with a Medieval Twist, available at Amazon or Black Lyon Publishing.
She seeks to glorify God in all that she writes…except for that graffiti phase she went through as a teenager. Find out more at http://www.mmgriep.com
Have you always wanted to be a writer?
Yes, except for a short season when I kicked around the idea of becoming an astronaut. Two problems with that, though. First off, I hate science and math, both of which you should at least have a mild interest in to be successful in a space career. Secondly, when I found out that astronauts don’t actually wear cool Lt. Uhura uniforms, it was a deal breaker.
In addition to writing, you also homeschool your children! How do you balance it all?
Apparently you didn’t notice the frayed hem on my superhero cape. Family and schooling takes up the lion’s share of my time but I do have one dedicated night per week when I run away from home to write. You can find me at Panera with a cup of java and chocolate chunk cookie every Thursday evening.
How did this story come to you?
There’s an old family story my mom told me about her mom, Clara Brekke. Sometime back in the early 1900’s, Clara’s father took her two-year-old sister and walked out the front door. Just like that. No bags packed. Not a word about where they were going or when they’d return. Nothing. No one ever heard from them again. As a result, I’ve always been curious about missing people. Assuming they’ve not met with foul play, where exactly do they go?
What interests you about the Viking age?
Besides the roots of Christianity in the Nordic culture, there’s a ton of other fascinating facts. Case in point…Bubba the Viking. Did you know there’s actual graffiti carved into wood and stones left behind by these fellas? And who would’ve known that one of these big beefy warrior’s names was Bubba? Not kidding. Feel free to use that tidbit as an icebreaker at the next party you attend.
Please share your favorite scene from Undercurrent.
The setting is a dark forest late into the small hours of the night. Hero Ragnar is leading Cassie, who freaks out about a wolf howling. Ragnar takes her hand, meets her gaze and says,
“I am well armed, Cassie. Think you I would lead you into danger?
Even so, I pledge my protection.”
Once those words left my pen, it was like Jesus whispered the same to me. What a picture of his strong guidance and assurance. On days when I’m walking through scary darkness, how comforting it is to remember that he’s the one holding my hand.
What other new projects do you have in the future?
I could easily be persuaded to write a Viking sequel if readers swamp my publisher with requests. I’ve also recently finished a historical fiction set in the Regency period (think Jane Austen) which involves an opium addict and a man who’s slowly going insane.
MARYLU Here:   I've had the privilege of reading an advance copy of this book and I loved it so much, I endorsed it!  There's nothing like a cool Time Travel story! And Michelle is an expert.  SO, if you'd like to win a free copy, you must leave a comment and either ask Michelle a question or comment on something in her interview, or for you more creative types, add a 6th reason to admire a Viking!!!
Posted by MaryLu Tyndall at 4:00 AM