Can we ask for whatever we want from God? 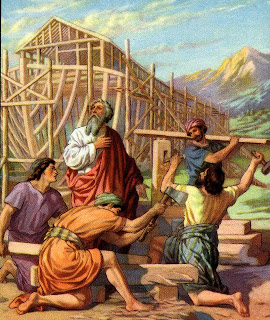 If you abide in Me, and My words abide in you, you will, ask what you desire, and it shall be done for you. John 15:7

Have you ever wondered about this verse? I have. It sounds so simple, doesn't it. Believe in Jesus, pray, read the Bible, maybe even memorize Scripture, and you should be able to ask for whatever you want and get it, right?
Hmm.. But that doesn't always work out, does it? I've often wondered about this Scripture and questioned God on it. I mean, why didn't He say something like, If you abide in Me, and My words abide in you, you will, ask what you desire, and if it fits into my plan for you and for the world, I'll grant it.  Because isn't that what many people will say when their prayers don't get answered? Well, I guess it wasn't God's will.

It seems like such a cop-out. Before you start throwing things at me, let me explain. Of course I understand that we can't get everything we want. That our plans are so limited an selfish compared to what God has for us, and that like children, if we received everything we wanted, we would become spoiled and complacent. I understand that God often allows troubles and doesn't deliver us right away because we need to mature and grow and become more like Him. Okay, but having said that... this verse still troubles me.

Until I learned that the word for 'words' in the verse was Rhema. Now Rhema in the greek means spoken word. There's another Greek word for word, logos, that refers to the written word. But Rhema refers to something God has spoken directly to you. Here's some examples from Scripture

Abraham received word from God to leave his country and travel to a new land. This was Rhema. His response, he stepped out in faith and whatever he needed was provided along the way.

Noah received word that God was going to destroy the world with a flood. He believed it, then stepped out in faith and built an ark.

Joseph received word that he would rule over his brothers and he never gave up on that revelation, still trusting in God over 15 years later when his dream came true.

God told Moses to go to Egypt and set the Israelites free. He asked God if Aaron could come along. They ended up being a very successful duo!

Joshua received word from God that he would conquer Jericho. He obeyed, did what the Lord said and it came to pass.

Paul was told he'd be a witness to the Gentiles. God provided everything he needed to do that. Money, means of travel, companions, a platform, etc.. I'm sure Paul had many prayers along the way.

This is my point. This verse doesn't mean you can ask God for anything you want. What it's saying is that if you've received a direct word from God about something, you can ask Him for whatever you need in direct connection with that word. For example. If God says you're going to move to San Diego next year to start a ministry, then you have the right and the power to ask God for what you'll need for that move. Lord, I need a house in certain neighborhood, I need a car, I need money...etc..

In other words, God will supply you with everything you need to carry out His will.  First, you discover His will and then you have the right to ask Him for what you'll need to do that will.  The provision for everything you need is embedded in God's spoken word to you.

You could go on and on through Scripture and see a multitude of situations where God gave a word and in that word existed the power and the provision to do whatever God asked.

The key is to be abiding close enough to Jesus to actually hear His Words when He speaks them.
Posted by MaryLu Tyndall at 4:00 AM