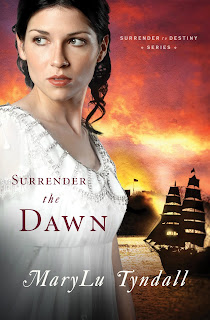 Now, for one of my favorite parts of my pre-release book party! If you've been with me the entire month, then you've had a chance to get an in-depth look at both the heroine, Cassandra, and the hero, Luke, and you have some idea of the storyline. In other words, you should know these characters pretty well.

Today, I'm going to take an excerpt from the book, and you have to guess what's the next thing Cassandra  would say, based on what you know about her.  Next week, we'll do Luke.

Here we go:  Luke has just rescued Cassandra from some theives

Sheaving his sword, Mr. Heaton collected his pistol from the ground, slid it inside his coat, and slapped his hands together as if this sort of thing happened every day. He started toward Cassandra. Her heart vaulted into her throat. Perhaps she was no safer with him than she had been with the scoundrels who’d assaulted her. He was the town rogue, after all. A drunkard and a ruffian. He halted, towering over her by at least a foot, and she resisted the urge to take a step back. He smelled of wood and rum. Recognition flickered in his eyes and something else—pleasant surprise? “Are you harmed, Miss Channing?”

He glanced at the man lying in a heap in the dirt. “I’ve never seen a woman defend herself with a brick.” His lopsided grin sent an odd jolt through her heart.

“It does not always require a man’s strength to defeat a foe.”

“Indeed.” He chuckled. “Then perhaps I should have left you to your own devices. No doubt you could have pummeled them all unconscious.”

Cassandra narrowed her gaze. “Perhaps I could have.”

“Nevertheless, miss, you shouldn’t walk about town at night without benefit of an escort.”

“Lately, there are many things I’m told I should not do.”

He swayed slightly on his feet and the smell of rum once again stung her nose. “Indeed. I suffer from the same malady.”

“I doubt our situations are comparable.” She glanced at the dark frame of a schooner tied at the dock. “How did you come to my rescue so suddenly? I did not see anyone else about.”

“I was working on my ship when I spotted you across the street.”

His ship. But she’d heard no one would hire him as a captain. “A privateer?”

Mr. Heaton gazed at the vessel bobbing in harbor and sighed. “Alas, she could be one day.” He gestured toward her reticule. “What is it you have in your reticule that would lure such rats from their holes?”

She eyed him suspiciously, wishing she could see the details of his face more clearly. “Nothing of import.” She gripped it tighter. “I had business at the Merchants Coffee House.” A chill prickled her skin. Surely this man wouldn’t attempt to rob her after he’d defended her so admirably. She took a step back. “I thank you again, Mr. Heaton, but I really must be on my way.”

“Allow me to escort you home.” Closing the distance between them once again, he proffered his elbow. His massive chest spanned her vision even as his body heat cloaked her in warmth. Her breath quickened.

“There is no need.” Turning, she waved him off. “I’m sure there are no more ruffians afoot.” Except you, perhaps.

Mr. Heaton fell in step beside her. “Nevertheless, I would never forgive myself should any harm come to you, especially carrying such a fortune.”

Shock halted her. “What did you say?”

One dark brow rose. “They wouldn’t accept your money, would they?”

Mr. Heaton scratched the stubble on his chin. “I was aware of the proceedings at the coffee shop tonight, miss. I would have been there myself looking for investors if I’d thought anyone in town would take a chance on me as captain.” Sorrow weighed his voice.

Cassandra took in this news and allowed it to stir excitement within her. If only for a moment. But no. Even if he would take her money, Mr. Heaton was not a man to be trusted. She clutched her reticule closer and started on her way.

Clearing his throat, he walked beside her. “You have nothing to fear from me, Miss Channing. I am no thief. A gambler, perhaps, even a libertine, but no thief.” He stumbled, but quickly leveled his steps.

Cassandra shook her head. How on earth had he managed to wield his sword so skillfully in his condition? She stopped and faced him. “You are drunk, sir.”

Cassandra searched for a glimpse of his eyes in the darkness, but the shadows denied her. How could he joke about such a disgusting habit?

“Wondering how I managed to fend off three men?” Luke asked.

A. Her heart fluttered. "Indeed, it was quite impressive."

B. “Two.” She lifted her chin. “I took care of one of them.”
C. "No. I wonder why you bothered at all." Sorrow gripped her that this handsome man was such a rogue.
D. "I've already thanked you for your trouble. Now, I must be on my way."
Okay, so which answer fits best with Cassandra's personality? Leave your guess in a comment and I'll enter you to win a free copy of Surrender the Dawn!  You don't have to be right to be entered.  And if you're feeling creative, you can make up something you think she would say!
Posted by MaryLu Tyndall at 4:00 AM