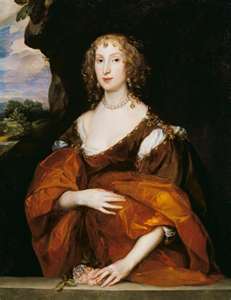 The Killigrew family, which lived in Cornwall, had a notorious reputation for seizing ships, appropriating the cargo, and selling both to finance their lifestyle. On the first of January in 1583, the Maria docked at Arwenack Castle where Lady Killigrew entertained them. For several days the Spanish captain and others visited Penryn. On their return they discovered the Maria had disappeared.

During their absence and after a storm passed, Lady Killigrew and her servants rowed to the ship, killed those Spaniards still aboard, and absconded with the cargo. Although many believed her guilty, no proof existed that she had participated in the theft and murders.

Angry at the lack of justice, the Spaniards journeyed to London where they complained to the authorities there. When it was learned that Lady Killigrew’s son, a judge, had tampered with the investigation, she and two of her gang were arrested and stood trial. All three were sentenced to death, but Queen Elizabeth I pardoned Lady Killigrew


Taken from Cindy Vallar's website: http://www.cindyvallar.com/womenpirates.html
Posted by MaryLu Tyndall at 4:00 AM