Ways God speaks to us - Part 2 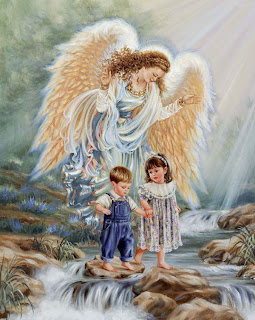 God wants to talk to you. Does that surprise you? It did me at first. I mean, why would God want to talk to little ole me? But the truth of the matter is He does. He's desperate to talk to us. All you have to do is read through His Word to see that. Repeatedly throughout History, God reached out to mankind, through direct communication, through signs, wonders, prophets and finally by sending His one and only Son. Today we have the Holy Spirit who fills us and guides us and tells us things the Father wants us to know.  If you're a believer in Christ, you are adopted in God's family. He is your father. And like a good father, He wants to be involved in your life. He Loves to spend time with you. Wants to talk with you. .

Last week I mentioned 4 ways that I've noticed God speaks to us and gave you examples of the first two. I hope that perhaps you thought of moments in your life when God spoke to you and you didn't even realize it.

Today, I'll cover the third way God speaks to us. Theses last two ways are far more rare than the first two, but they do happen, and they've happened to me.
Do Angels speak to us? Yes. Absolutely! They spoke to people in the Bible all the time. They spoke to people after Jesus's Resurrection as well. And they've probably spoken to you too!
You just may not have recognized it.

I believe we each have an angel or at times, multiples angels assigned to watch over us.  The Bible is clear on this:
For He shall give His angels charge over you, To keep you in all your ways Psalm 91:11
Take heed that you do not despise one of these little ones, for I say to you that in heaven their angels always see the face of My Father who is in heaven Matthew 18:10
Do not forget to entertain strangers, for by so doing some have unwittingly entertained angels Hebrews 13:2
An example of an angel speaking to someone after the resurrection can be found in John 20 when Mary went to the tomb to see Jesus, an angel appeared to her and spoke to her, telling her Jesus had arisen.

I believe I had a personal encounter with an angel once. Maybe she was even my guardian angel. I was walking on the trail behind my house as I do every day. This was before I was an author and I had to go walk early in the morning before I went to work. It was my quiet prayer time, the only place I could go to be alone. Usually, there's no one up there at that hour. It's barely dawn and everything is misty and cold.  I reached the end of the trail, turned to head back and there appeared before me a woman.. probably 30ish. Young. Attractive but not in a made up way. She had a gorgeous dog with her. It looked like an Alaskan Malamute with bright blue eyes. I was startled because there had been no one following me on the trail and there's no place she could have come from. And I hadn't heard her at all. She smiled at me as she passed. And she said "God Bless you." That's it. Just God bless you. Now, let me tell you that nobody says "God Bless you" here in California.. not unless you're in church! In fact, I wouldn't be surprised if it isn't outlawed soon. So I was so stunned, I kept walking, shaking my head. After a few minutes, I turned around and she was gone.

Was she an angel? I don't know. Have other angels spoken to me in my lifetime? Probably. Just don't discount the stranger who appears in your life with a word.  Check it with Scripture. Ask God if that was from Him. And if it is.. be blessed!

On a side note, I know of a very Godly, trustworthy man whose guardian angel frequently appears to him. My husband has also seen angels on several occasions. They exist. They are God's messengers and their purpose is to minister to God's kids.  Don't worship them. Don't fear them. But open your spirit to believe they exist and to receive whatever they have to tell you.

Can you think of a time you might have had an encounter with an angel?

Tune in next week for the final way God speaks to us--directly.
Posted by MaryLu Tyndall at 4:00 AM