Broadsides and Swords can break your bones but names can never hurt you! 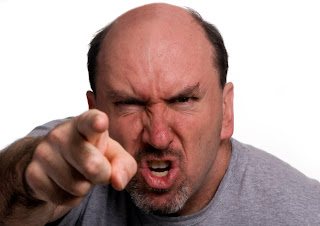 Do you remember that old saying when you were a kid? Well, maybe the one you heard didn't say Broadsides and Swords, but sticks and stones. Regardless, I always thought it was pretty lame. I mean who were they kidding? I'd much rather be physically hurt than be called a name.  I guess I was just sensitive to it because I was one of those kids everybody picked on.  I was the pimple-faced nerd who was so shy, I could hardly speak in public. Yes, I know, I've come a long way since then. Now, you can't shut me up!

However, even now in adulthood, most of us suffer beneath the onslaught of a few names. Whether it's people at school or work, friends, or family members, we inevitably find ourselves being labeled by other's opinions. Hopefully, most of these "name-callers" will be well intentioned, their only desire to bring to light a behavior they think needs changing. (Thanks, but who asked them?)  But there will be those who, either in a fit of anger, or just because they don't like us, will use some rather derogatory terms.

Rest assured, you are not alone. Even the great King David suffered from name-callers in the Bible.

When King David came to Bahurim, a man of the family of the house of Saul, Shimei son of Gera, came out and cursed continually as he came. And he cast stones at David and at all the servants of King David; and all the people and all the mighty men were on his right hand and on his left. Shimei said as he cursed, Get out, get out, you man of blood, you base fellow! The Lord has avenged upon you all the blood of the house of Saul, in whose stead you have reigned; and the Lord has delivered the kingdom into the hands of Absalom your son. Behold, the calamity is upon you because you are a bloody man! 2 Samuel 16:5-8

Woa. Now that wasn't nice!  Here David has left his throne and his capital city, Jerusalem, and he's fleeing for his life because his son, Absalom, is trying to kill him. His own son! And here this guy comes out to fling insults (along with stones!).   Remember now, God Himself called David a man after His own heart, so not only are these insults, but they are lies.

I don't know about you but when someone calls me a name or says something about me, it makes me SO MAD! I can't seem to let it go until I prove my innocence and good character.  And here David is the King of Israel. He could do anything he wanted to this man. In fact ,one of his men suggested the following:

Why should this dead dog curse my lord the king? Let me go over and take off his head.

David's response?
If he is cursing because the Lord said to him, Curse David, who then shall ask, Why have you done so?. . . . Behold, my son, who was born to me, seeks my life. With how much more reason now may this Benjamite do it? Let him alone; and let him curse, for the Lord has bidden him to do it. It may be that the Lord will look on the iniquity done me and will recompense me with good for his cursing this day. Samuel 16:10-12

Say what? Really? I'm with the other guy.. let's chop his head off! But not David. Yet again, he demonstrates exactly why he was a man after God's heart. His response is one of mercy and grace not revenge. But he even goes further than that. He actually states that it might be possible that God Himself wanted this man to curse David, and if so, who can thwart the plans of God?

Several things stand out to me.
First. Does God Curse people? Absolutely!  There are many Scriptural references, but here's just a few:

The Lord shall send you curses, confusion, and rebuke in every enterprise to which you set your hand, until you are destroyed, perishing quickly because of the evil of your doings by which you have forsaken me  Deuteronomy 28:20

Say to them, Thus says the Lord, the God of Israel: Cursed is the man who does not heed the words of this covenant or solemn pledge Jeremiah 11:3

Secondly: David's humility. Though he could have easily done so, David didn't have a high and lofty opinion of himself or his own importance.  When someone hurts us and we get angry and want revenge, it's our pride that has been pricked. If you have no pride, if you know anything good within you comes from God, then names won't hurt you.

Thirdly: David's reference and obedience to God. David would prefer to suffer insults and stones if that was God's will than not suffer them outside of God's will. Amazing. Can you say that? If God's plans for you include some suffering and pain and it was within your power to prevent it, would you be obedient to God?

And lastly, David defered to God's justice
It may be that the Lord will look on the iniquity done me and will recompense me with good for his cursing this day.
David knew that if he was being falsely accused and falsely scorned that one day God would make it right, either in this age or in the next. He trusted in God's goodness and justice and he left the incident in God's hands.

Oh how hard that is!!  But the next time we get ridiculed or taunted, called a name, or even cursed, let us ask God to help us be more like King David!
Posted by MaryLu Tyndall at 4:00 AM