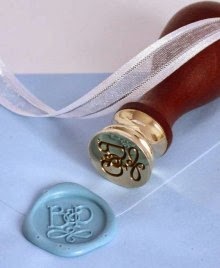 In the time of tall ships and long before, people didn't have lick and stick envelops or pull tab sticky envelops to use when they mailed their letters.  Well into the 19th century, people everywhere would close their letters and envelops with hot wax and a seal.  Normally the seal bore the crescent or symbol of the family or person from whom the letter originated in addition to his or her family name. It was a way of not only "sealing" the letter for privacy but for ensuring it's security and showing it's ownership.

There are many mentions of seals in the Bible. They were often associated with covenants or what we would call today, contracts.

Because of all this, we make a firm and sure written covenant, and our princes, Levites, and priests set their seal to it. Nehemiah 9:38

By putting your seal on a document, you were essentially saying, "I agree to what is written here and I will abide by its terms"  very similar to our own signature today. 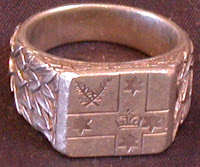 A king's signet ring would often double as his royal seal. It not only was used as his signature, but it represented his authority.

And who can forget the story of Daniel in the Lion's den?
And a stone was brought and laid upon the mouth of the den, and the king sealed it with his own signet and with the signet of his lords, that there might be no change of purpose concerning Daniel. Daniel 6:17

Sealing something, as we said above, was a way to ensure it's privacy.
But you, O Daniel, shut up the words and seal the Book until the time of the end.  Daniel 12:4

Did you know God has a seal??  That blew me away! God actually has a seal. I wonder if it's on His Kingly ring? Or is it on the tip of His golden rod that He holds in His mighty hand?

Now He who establishes us with you in Christ and has anointed us is God, who also has sealed us and given us the Spirit in our hearts as a guarantee. 2 Corinthians 1:22

But the firm foundation of  God stands, sure and unshaken, bearing this seal (inscription): The Lord knows those who are His, and, Let everyone who names himself by the name of the Lord give up all iniquity and stand aloof from it. 2 Timothy 2:18


So, if you belong to God, you are already sealed with God's inscription!!  Astounding!  A Seal, as we have seen represents Security and Ownership. But there is a third quality to any seal. Destination.

And do not grieve the Holy Spirit of God by Whom you were sealed, marked, branded as God's own, secured for the day of redemption  Ephesians 4:30

Secured for the day of redemption!! That's our destination. Eternity with God. Heaven. Glory! 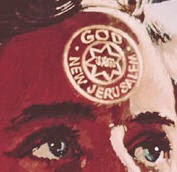 Then I saw a second angel coming up from the east  and carrying the seal of the living God. And with a loud voice he called out to the four angels who had been given authority and power to injure earth and sea Saying, Harm neither the earth nor the sea nor the trees, until we have sealed the bond servants of our God upon their foreheads. Revelation 7:2-3

You are signed, sealed, and delivered. Secure, marked as belonging to God, and on your way to heaven.

May that thought bring you some comfort and joy today!
Posted by MaryLu Tyndall at 4:00 AM