Tis a Writer's Life for me! Character Quirks!

Happy Friday, everyone! Well, I received my galleys for Veil of Pearls this week, so I was forced to drop my writing on Forsaken Dreams and switch into edit mode once again. This is my LAST CHANCE to make any minor changes to the manuscript. And they mean minor! I can't change anything bigger than a comma or a word or small phrase.  Wanaaaaa!  I can't tell you how hard that is! 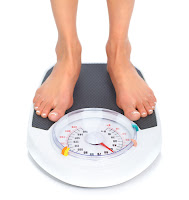 Anyhow, I wanted those of you who are dieting with me in the new year to know that I've lost a whopping 3 pounds! Yes, you heard it here first. LOL.  But hey, it's better than gaining, right?  Besides it's hard for my petite 5'1" frame to lose weight.. My body fears it will soon be starving and fights the loss with everything it's got!

But I digress. Today I want to talk with you about character quirks.  Yes I said quirks. Let's face it, in a book, it's much harder to define and separate characters than it is in a movie. On the screen, it's obvious who is who because you can SEE THEM!   Yet often times, in a book, no matter how much description of the person the author has given, I have trouble separating them from others. We authors much work must harder than Screenplay writers to define our characters. So, aside from phyiscal description which is often forgetable, how do we do it?

One way is by assigning unique and interesting quirks to each character.
What is a quirk?  The dictionary defines it as a peculiarity of action, behavior, or personality; a mannerism.
It's anything that the character does, says, or behaves like, that is unique to him or her and that sets him apart from the other characters. 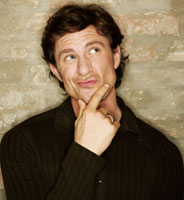 Well, you get the point.  Just look around you at family and friends and see if you can pick out at least one quirk each one has. I bet if you really observe them, you'll have no trouble in finding at least one. For example, I have a girlfriend who is always brushing her bangs aside and her favorite expression is "Don't get me wrong but..."  My husband is notorious for shaking his had whenever he gets frustrated or is contradicted. My daughter laughs nervously when she doesn't know what to say.

So, if you want to make your characters real to your reader, you're going to have to give them quirks. However, it's important to choose our quirks well. Don't assign a sniffing quirk with a character who is strong and in command. Don't assign the "he never bathes" quirk to the hero you want women to swoon over!

As an example, in The Redemption, Charlisse, my heroine, came from an abusive childhood. She was insecure, frightened, unsure, yet also very brave and bold. I gave her the quirk of always playing with her hair when she got nervous.

In my recent release, Surrender the Dawn, the hero Luke is always rubbing his earlobe when he feels guilty. Why? Because he injured it while trying to rescue his parents from a burning building. An attempt at which he failed.

So, choose your quirks wisely. They can be something physical or they can be some unique phrase the character says or they can just be a certain behaviour that sets them apart, as in the heroine I'm writing now. Whenever anyone orders her to do something, she does the opposite!! (I modeled her after myself!)  Or, it could be a combination of all those things. 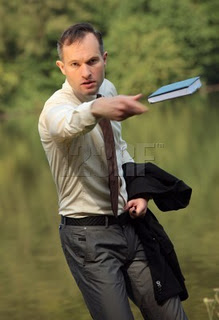 The important point is to make them match the character's personality, and also equally important, Don't OVERUSE them to the point of making your reader toss your book across the room. The goal is to have the reader know who the character is, before you even tell them, just by what he or she says or does.

Clear as the bilge?
Posted by MaryLu Tyndall at 12:30 AM