Pulling a reader into your story 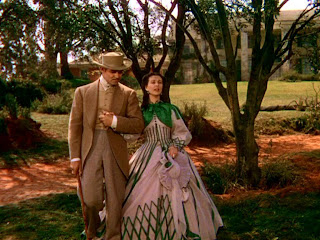 Yea!! Celebrate with me! I've finished Draft 2 of Escape to Paradise!  Now all the chapters and scenes are in place and the writing is almost perfect (Well, as good as I can get it, that is) In the next phase, I read over the entire manuscript (all 105,000 words)  and polish and tweak and make it glow!

But for now, I need a break from it so I've spent the week on marketing, which is a whole other topic on which you don't want to get me started!  Speaking of started, I also started a garden in my backyard. Well, I planted the seeds anyway, so I'll keep you appraised of that.  But now onto my topic. 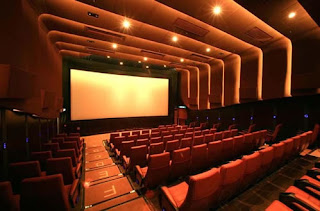 Let’s face it, we live in a video-crazed society. Whether we are in the mall, at a restaurant, in our dentist’s office, even driving down the road, we are constantly bombarded with images. We can even get internet and TV on our cell phones—though I’ve yet to figure that one out. But the best of all video experiences is still, in my opinion, the movie theater. Even though we can watch movies at home, Americans continue to spend billions of dollars a year on going to the theater. There’s nothing like sitting in a dark room with a screen that is larger than life, surrounded by sound that is so crisp and clear and powerful that it even makes the floor shake. (And let's not forget the popcorn!) Why do we go? Because it makes us feel like we are right next to the hero or heroine—like we are a part of the adventure.

How can we possibly compete with that in the written word?  Well, the answer is maybe we can’t, but there are some things that writers can do to spark our reader’s imagination to such a degree that they can have nearly the same experience as if they were watching a movie. Maybe even better!

Here are some tools the writer can use to pull the reader in and keep them in!
Emotion
Vivid Description that connects to the character or story
Conflict/Tension
Fascinating characters
The Senses

Today we will talk about senses. Sight Hearing Touch Taste and Scent


To engage the reader, I try to use of as many of the five senses that I can in every scene. My Point of View character (the character in whose head I'm in) must not only tell us what he or she sees, but what they feel, what they hear, what they smell, and where possible, what they taste. This will engage all the reader’s senses as well, making the experience seem more real. 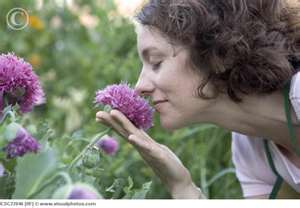 Secondly, when using senses, don’t just list them, as in “she smelled flowers, she felt cold, she saw a bird in the sky”, make them a part of the action in the scene. This is critical in achieving the reaction that you want in your reader. Make them feel, hear, see, and taste what it is like to be standing right where your character is standing.  For example, below is a scene out of my second book in my pirate series, The Reliance. The heroine, Charlisse has just been tossed into a cage in the hold of a pirate ship. I have added a few sentences to prove my point.

Charlisse clung to the bars. The icy chips of iron dug into her skin. She winced and released her grip. The mighty rush of the against the thick hull slammed against her ears, drowning out all other sounds. Forcing back tears, she scanned the room as her eyes grew accustomed to the darkness. Familiar shadows that lurked in the bottom of the ship began emerging like demons preparing for an assault. She drew a deep breath and immediately regretted doing so. Human waste, moldy wood, rotting food attacked her, strangling her breath. Gasping, she pressed a hand to her churning stomach where remnants of her breakfast rose and soured in her mouth. 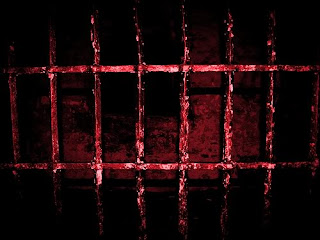 Did you feel as though you were down in the hold of the ship with her? (Don't answer if you said no) As you can see, I used touch (icy iron bars) sight (darkness and shadows), smell (you can guess this one. Yuk) and taste (sour food) to describe the scene, by incorporating them into the action of the scene. The icy iron bites her skin, the water slams into her ears, she scans the dark room and evil shadows emerge like demons, she takes in a deep breath and the stench attacks her, the food in her upset stomach rose and soured in her mouth.  Having the particular sense attack the heroine is another great way of incorporating its use. In your story, have the frigid wind stab her skin, or the dark clouds cover her with gloom, or the perfume sting her nose.

And lastly, when you are using the character’s sense in a scene as part of the action, use that sense in such a way as to invoke emotion. One of the best ways to keep your reader in a scene is to grab a hold of their emotions.   In the paragraph above, I underlined the verbs associated with all five sense. What sort of reaction do these verbs invoke in you?  Happiness? Comfort? Joy? Absolutely not. Our character is terrified, hopeless and all alone, and we don’t have to tell the reader. “Charlisse feels terrified, hopeless and alone.” Do we?  Through our use of “active” senses, the reader not only knows this, but he or she “feels” it as well. And that’s the effect we are striving for in our writing.