Tis a Writer's Life for Me - Setting as Conflict! 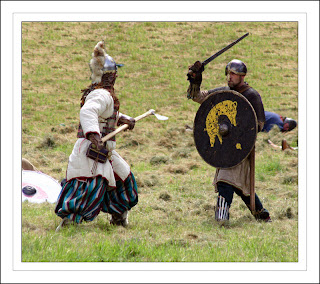 Conflict, conflict, conflict!!  Personally, I don't like conflict.  I try to avoid conflict at all costs!  But I LOVE conflict in a story or movie. In fact, without some type of conflict or tension, let's face it, the story would be kind of boring. Every tale needs a villain, someone or something evil who is trying to ruin the hero's life or at the very least steal away their happiness. That's what makes us sit on the edge of our seats, our hearts in a frantic twist, worrying about how the hero will overcome the odds and save the day!

But I digress. I'm not here to talk about conflict. I want to talk about setting. Last week we discussed the importance of choosing the right setting for your story in order to create the perfect backdrop, the perfect scenery, for the type of story you are writing.  But did you know that you can use setting as part of the conflict? I'm not talking about creating a certain mood or using setting as an antagonist. I'm talking about creating a setting that enhances the conflict in your story, adds to it, or creates new conflict. 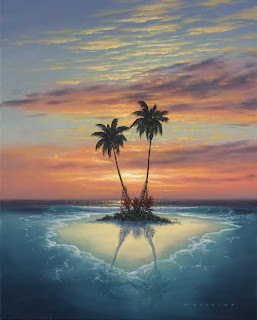 The heroine feels lost and alone in the world because she grew up without a father in an abusive home so she sets sail in search of her long lost father.
Setting Conflict
The girl is shipwrecked on a deserted island where she is all alone and lost. This setting at the beginning of the story is used to enhance the reader's understanding of the character's internal feeling of loneliness and despair.
The Redemption by M.L. Tyndall

Story Conflict
The heroine believes her husband is cheating on her and has abandoned her. She is angry and jealous and has been looking for him for months. She is about to run into him unexpectedly
Setting conflict 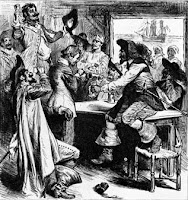 I set this scene in the middle of a tavern in the pirate haven, Tortuga. The place is filled with drunks and thieves who are all angry and jealous and greedy. Fights break out all around the heroine. Everywhere there is contention.  The setting greatly adds to the heroine's internal anger and jealousy.
The Reliance by M.L. Tyndall

Story conflict
Hero is trying to rescue heroine and their baby from an evil pirate trying to sell them as slaves.  He feels guilty for what he's done to them and has fallen in love the heroine, wanting more than anything to make up for the past. 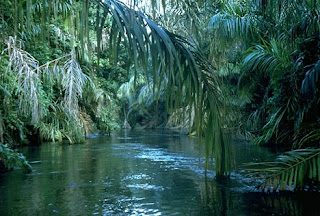 Setting conflict
I threw the hero and heroine into the South American jungles where they must not only deal with their internal struggles but with the new conflict of dealing with the elements and vicious natives.
The Restitution by M.L. Tyndall

As you can see, setting is a powerful tool!  If you are writing a scene that seems to fall flat, try changing the setting to enhance the tension.  If your conflict needs a little push to crank it up a notch, try putting  your scene in a setting where there is a ton of conflict going on all around.  Even better, use setting to introduce more conflict into a scene. Such as a flash flood that keeps the hero from rescuing the heroine or a blackout that keeps everyone in the dark. You can even throw in a surprise setting that will take the reader off guard. Like a massive whirlpool in the middle of the sea or a graveyard in the middle of a fair ground! It's your world, you can do anything you want!

Can you think of other ways to use setting as conflict??