Tis a Writer's Life for Me!--Setting 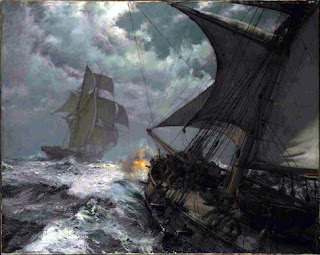 One thing people always say about my writing is "I felt like I was right there!"   I felt the sea spray on my face and the wind in my hair! I could hear the thunder and see the lightning!

So how do I do that? How does an author create such a vivid setting that the reader actually feels they've been transported to another place? The setting of a story is extremely important. A story about a romantic triangle will be completely different set on a deserted island than it would be if it took place in the center of New York City. What about a ghost story? How different would it be if you set it on a ship out at sea instead of at the World's Fair.

So, the first thing you must do is decide what sort of mood you wish to convey in your story. A bright happy mood. A dangerous mood. A lonely mood. A scary mood. A busy mood. An adventurous mood.  And then choose a setting that depicts that feeling, that sensation. 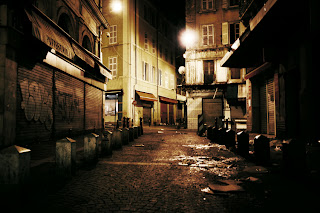 Most of my novels are set on tall ships out at sea, making it quite obvious that I am going for that adventurous, swashbuckling mood! However I have had some scenes and even a few books that have taken place mostly on land. In The Falcon and the Sparrow, I choose the dark, crowded, dangerous streets of London in 1803 as the setting for my french spy story. In Surrender the Night, I chose an isolated farm on the outskirts of Baltimore for my story about overcoming fear of people. 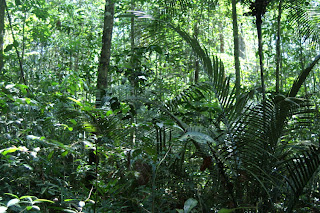 In my current manuscript, Illusive Hope, I chose the jungles of Brazil for my supernatural battle between good and evil. There's nothing more illusive and mysterious to me then a thick tropical jungle!

Okay, you've chosen your setting. Now what? Unless your setting is your house or your backyard, you need to become intimately acquainted with it. That's the only way you're going to be able to transport the reader from their couch into the world you create.  If your setting is some place you can travel to easily, then your best bet is to go there and spend as much time as you can exploring every nook and cranny. 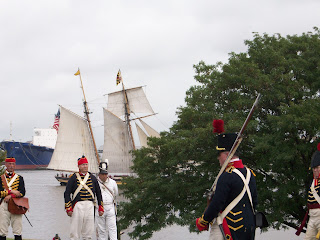 After I was contracted for my series, Surrender to Destiny, I spent a week in Baltimore. Even though my stories take place nearly 200 years earlier, there's still so much I can learn about a place from just hanging around. I went to museums, took a tour of a tall ship, visited Fort McHenry, took part in a War of 1812 reenactment, sampled the local cuisine (Yum), and walked around.  Every city has a certain feel to it, a certain spirit drifting through its streets.  I breathed in the scent of the bay, felt the wind on my face, listened to the sounds and stored up every memory for when I would return home and write my stories.

If you can't visit the setting of your story, never fear!  With modern technology you can have the next best thing. Let's say your setting is the Caribbean. (My personal favorite!) View YouTube videos of the Caribbean. Clip out magazine pictures. Read books on the Caribbean. Read Travel Guides. Search for diaries or journals of people who have gone to the Caribbean.  Interview friends and family who have been there. And voila, before you know it, you'll feel like you've gone there yourself!

Next week, I'll be continuing my discussion on setting by talking about setting as conflict
So how about you? What are some of your favorite settings for books?