When did Charles Town, South Carolina change to Charleston? 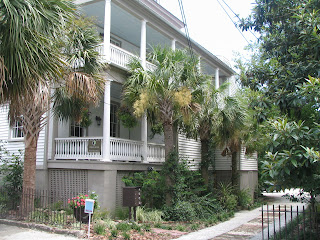 Charleston, South Carolina was originally named Charles Town after the British monarch King George I. However in 1783 after the American Revolution, the city was in turmoil due to many returning Loyalists (loyal to Britain) seeking to return to their home and set up permanent residency as well as British merchants wanting to sell their wares. Attacks on Loyalists were all too common. By June of that year four men had been murdered.

Dr. David Ramsay observed that "A spirit has gone forth among the lower class of people to drive away certain persons whom they call Tories". In July public meetings of the laboring classes called for the expulsion of the British merchants and Tories. Instead the city legislature changed the name of the city from Charles Town to Charleston and corrected the pronunciation to sound more like "CHAHLston" as a way of announcing their independence from Britain.
Posted by MaryLu Tyndall at 12:30 AM