All aboard who's coming aboard! --Predestination

Whenever a ship was being outfitted for a long voyage, the task of selecting the crew normally went to the Captain or master of the ship. The owner, who was usually a different person, trusted the seaworthy captain to choose the best sailors for the job.  If the captain had been at sea his entire career, he often knew sailors in every port. He knew which ones possessed certain skills, which ones were hard workers. And which ones were trouble makers! Manning the ship with the right men could mean the difference between success or failure of the voyage.

I've read through the Bible several times now and I simply cannot get away from the doctrine of predestination. It screams from nearly every book of the New Testament. Trouble is, I didn't want to believe it. I didn't want to think that certain people were chosen by God and others rejected. To me, it sounded harsh, unfair and gave me little hope for those friends and family who didn't know God.

In Jesus's own words

No one can come to me unless the Father who sent me draws them, and I will raise them up at the last day. John 6:44 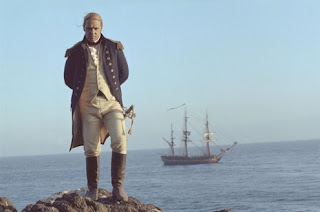 But then I got to thinking about the captain of a ship. Certainly he had the right to choose who he wanted to take with him. Being the captain, he had an in-depth knowledge of the voyage: what they were carrying in hold, what course they would take, what trials they would endure, what storms would hit them and where their final destination was. Much like a captain, Father God has knowledge of all those things as well. He knows the beginning from the end. He knows the past, present, and future. He knows how and where he wants the voyage to sail through the ages, He knows what He wants to accomplish, and He knows how and when the trip will end. And where! So, why shouldn't He choose who comes along and who doesn't?


So, let me ask you this. If a human captain could have foreknowledge like that, who do you think he would choose? If he was a wise, good captain who wanted a successful voyage, he would choose those he knew would follow him.


In him we were also chosen, having been predestined according to the plan of him who works out everything in conformity with the purpose of his will. Ephesians 5:11

Do I believe God chooses people before they were born to be His children? Yes. The Bible is plain on that matter. Do I believe God doesn't give everyone the same chance to know Him and make it to Heaven? No. I don't. What I believe is that God's mind and thoughts and wisdom and ideas are so FAR above ours, that we will never be able to fully understand. All my small mind can grasp is this: God knows who will choose Him and therefore, He chooses them first.

Why does this matter?  I no longer fear predestination. It brings such freedom and peace! If that dear loved one or friend you've been praying for is God's, he or she will be on board! And the fact that you've been called to so desperately pray for them is proof that they belong to God. Why else would God put a person on your heart to pray so heartily for their salvation if they weren't chosen? So, do you stop praying? No. Absolutely not. Do you stop sharing the good news of the gospel? Never.  But rest assured, all will be aboard who are coming aboard!

When the Gentiles heard this, they were very glad and thanked the Lord for his message; and all who were chosen for eternal life became believers  Acts 13:48