Is there a fiddle on board? 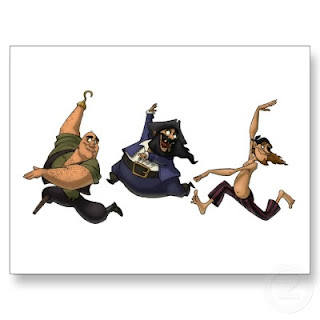 Even though there wasn't much idle time aboard a ship, when the sailors did have a few moments to themselves, there really wasn't much to do. They could play cards, write letters to loved ones back home (If they knew how to write), gamble, or whittle wood. But one of their favorite things to do was sing and dance. There was always someone on board who could play an instrument so  the crew would often get together in the evening and sailors would bring out their fiddles or harmonicas and the party would begin!

There is power in music. Have you ever been really depressed and turned on a beautiful song and instantly been cheered? Or have you ever turned on some music with a nice beat and jumped up and started dancing? I have! Do some songs bring you to tears? Can you imagine watching a movie without the wonderful scores in the background? I bet your experience would be completely different.  I use music to create a certain mood while I'm writing, depending on whether it is a stressful, romantic, or adventurous scene!

And Elisha said, “As the Lord of hosts lives, before whom I stand, surely were it not that I regard the presence of Jehoshaphat king of Judah, I would not look at you, nor see you.  But now bring me a musician.” Then it happened, when the musician played, that the hand of the Lord came upon him.2 Kings 3:14-15

Elisha had been asked to bless a military venture by Jehoram and Jehoshaphat against Moab. Jehoram was a bad king and Jehoshaphat followed the Lord. But what I find interesting is that Elisha asked for music to be played before he answered the men. And as soon as the music was played the hand of the Lord came upon him and he told them what to do. The rest of the story is really cool. I encourage you to look it up.

Anyway, then I remembered how HUGE a roll the musicians played (no pun intended) in Israel's temple and in their worship of God. Every time the Ark was moved, it was moved with Musicians.

So all Israel brought up the ark of the covenant of the LORD with shouts, with the sounding of rams’ horns and trumpets, and of cymbals, and the playing of lyres and harps. 1 Chron 15:28

Musicians were very important because they were in charge of worship. To us, we may shrug and say big deal, but it was a big deal because music accompanied by worship had the power to bring down the presence of God.

The trumpeters and musicians joined in unison to give praise and thanks to the LORD. Accompanied by trumpets, cymbals and other instruments, the singers raised their voices in praise to the LORD and sang: “He is good; his love endures forever.” Then the temple of the LORD was filled with the cloud, 2 Chron 5:13

And who can forget the story of Joshua and his army marching around Jericho with trumpets until the walls fell down?

And do you remember how King Saul, who had an evil spirit tormenting him, would be soothed and the spirit would leave whenever David played the lyre?

Whenever the spirit from God came on Saul, David would take up his lyre and play. Then relief would come to Saul; he would feel better, and the evil spirit would leave him. 1 Samuel 16:23

So what is my point? It's twofold

Be careful what you listen to. Since music has power, if you listen to music that's dark and whose lyrics are negative and talk about ungodly things, then don't be surprised if you don't feel the oppression of the enemy.

Feel depressed, low, had a bad week? Feel as though the enemy is on your tail?  Try turning on some heavy duty praise music and fill your house, fill your car, fill your mind with worship!