What is wrong with romance in our culture? 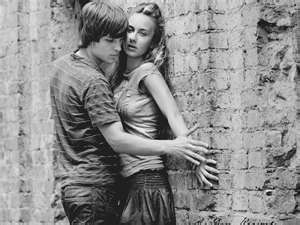 As a writer of historical romances, I find the display of so called romance on TV shows, movies, and some books a complete perversion of the true meaning and value of the way God intended romance to be.

This is how the story usually goes:
Boy meets girl.
Boy thinks girl is totally hot
Girl thinks boy is totally hot
They jump in the sack and have passionate sex
Something happens that puts a rift between them (no wonder, they barely know each other)
They separate. Miss each other.
Problem gets fixed and they jump back in the sack
They live happily ever after

Wow, you would think that by your third marriage, you'd have a clue what you were doing wrong!

There is a reason God asks us to reserve sex for after marriage. It's not because He's some kind of meany or kill-joy! After all, He created sex. And since He created it, He knows that the thrill of the physical act fades, along with the physical beauty of your partner, over the years.   If that's all your relationship is based on, you're in big trouble.

We live in a world where everything revolves around physical beauty. The beautiful, sexy people are the ones who get all the attention, have the fame, the money, have the hot boyfriends or girlfriends.  No attention is paid to the far more important aspect of a person. Their character. Kindness, Gentleness, Charity, Selflessness, Honor, Honesty, Patience... you get my drift.

Trouble is, determining a person's character takes time, perhaps even years. Romance in God's eyes is far too slow for our fast-paced society.  God wants us to wait. To get to know a person before we hop into bed with them. Believe me, you don't get to know a person that way. Sex is a very powerful force that will consume a couple and steal their focus off of what's truly important in their relationship. It glosses over all the possible problems that will surface later. It covers up a person's true character and replaces it with the allure of "having a good time."

When a relationship is based purely on physical attraction, it is doomed to end tragically. Leaving behind heartache and a feeling of dirtiness and unworthy.  The worst part about it is, the same promiscuity that is found in the world is also found among Christians. Why? Because somewhere we bought the lie that the rules laid down by the Being who Created us, rules meant for our happiness, are archaic and need to be adjusted for our contemporary culture. Somehow we believe that God couldn't have possibly predicted that someday it would be accepted and normal to have sex with whomever we wanted, whenever we wanted.

Might I suggest that in His wisdom and foreknowledge, that's exactly why He gave us His Word in the first place. He knew that in the middle of the darkness, we would a compass to point toward the light.