Where did the term buccaneer come from? 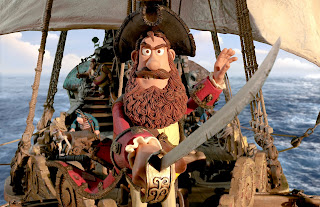 Normally when we hear the word buccaneer, we think of swashbuckling adventurers or even lawless pirates. But what does the term really mean and where did it come from?

A buccaneer was any of the piratical adventurers who raided Spanish colonies and ships along the American  coast and the Caribbean in the second half of the 17th century.

(Pirates who operated in the Mediterranean were called corsairs)

But the term buccaneer did not mean pirates at all. It originated as a term applied to hunters in the woods and valleys of Hispaniola, which is now Haiti and the Dominican Republic. These men were mostly French and they lived off cows and pigs, both of which had been introduced by the first Spanish settlers. They learned how to cook and dry strips of meat over open stoves or barbecues from the local Arawak Indians.  The French word for this process of cooking is boucaner which means to smoke, dry or cure.

During the 1600s, these hunters moved from the inner regions of the island to the north coast and particularly to the offshore island of Tortuga, which became a base for piratical attacks on passing merchant ships and Spanish galleons heading home with treasure from Mexico and Peru. They were henceforth called buccaneers!