Win a copy of Prize of my Heart by Lisa Norato!

Today, I'm very excited to introduce to you my new friend and fellow author, Lisa Norato!!  Since the tagline in her signature states that she writes  "Seafaring Inspirational Romance of New England's Federal Period", I just had to pick up her latest release, Prize of my Heart!  Not to mention there's a tall ship on the cover!

Today we are giving away both a paperback book and an e-book version of this wonderful swashbuckling tale!  All you need to do is leave a comment (with your email address) about anything you read on this post. I'll be drawing a name in two weeks on April 20th! 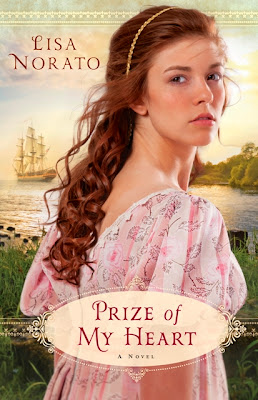 For three long years, Captain Brogan Talvis has been desperately searching for the son his late wife abandoned.  Brogan discovers the boy living in the home of a prosperous New England shipbuilder, where he has been adopted into the family and mothered by the shipbuilder's daughter--Lorena Huntley.  Lorena, who hides a dark truth, finds herself falling for the handsome captain and ex-privateer who's come to secure ownership of one of her father's ships.  She remains unaware of Brogan's own secret, when another's deceit sends her sailing for England against her will.  Haunted by thoughts of her in danger, Brogan is forced to  choose between fleeing with his child or rescuing the woman who's begun to capture his hear


Here is my review:  Being an author and a reader of sea-faring tales, I was most anxious to dive into Ms. Norato's new book, Prize of my Heart. Let's just say, I was not disappointed in the least. The story was extremely heartwarming... who doesn't love a tale of a man searching for his lost son? And what a man! A privateer-pirate with a rough exterior and a heart of gold. What impressed me the most was Ms. Norato's attention to historic detail... something that will sweep you back in time and keep you there through the whole book. There's adventure, kidnapping, romance, and twists and turns that keep you guessing. All combine to make a worthwhile story that I highly recommend. 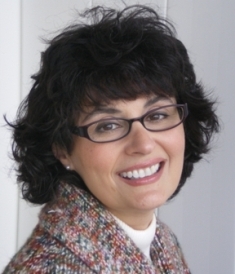 Lisa Norato first discovered a love of writing when assigned to write and illustrate a children's book at the art college she attended. She also enjoys walks with her Yorkie-poo, the New England seacoast and changing seasons, good friends, Italian food, historical dramas, and British comedy. A lifelong New Englander, Lisa lives in a historic village with homes and churches dating as far back as the eighteenth century. Currently she works as a legal assistant in the corporate department of a Rhode Island law firm.


Ms. Norato has graciously offered to share a small excerpt with us from the book. Just to wet your appetite!!

Captain Brogan Talvis rounded the stern of his newly-constructed, square-rigged ship, when from across the shipyard the sight of a young woman took him aback.

He’d ventured out for an early, private inspection—his first sight of the 880-ton merchantman—and what a beauty she was!  Soon she would be christened the Yankee Heart.  Until then, she rested complete and ready to be launched on a pair of stocks that sloped down the bank into the Bluefish River.

All he’d wanted was a few, solitary moments alone with his precious ship.  An opportunity to reflect on all that had brought him to this seaside town on the south shore of Massachusetts and the mission that still lay ahead.

Brogan had fully expected the yard to be deserted at this early hour—only moments ago he’d caught his first glimmer of the sun behind a horizon of bay inlets and calm waters—but there, in the flat stretch of marshland beyond, among the tall, gently-swaying grass, sat the girl on a broad, flat rock.

He found it odd that she should be alone in such a place.  Her legs were drawn up, spine curved in a long, slim arc with her forehead resting on her knees, her face concealed from view.  Lengthy whorls of ginger brown hair escaped a white cotton kerchief knotted atop her head.  She wore a checked, gingham dress the color of mustard seed relish and Boston brown bread.  From beneath its ruffled hem, the toes of a pair of serviceable shoes pointed toward the river.

Brogan stepped forward, the soles of his black leather Hessians crackling over a clutter of wood chips—golden new chips scattered and heaped over faded, aged ones.  A summer breeze stirred the air, hinting of salt and carrying the fragrances of fresh lumber and pine tar.

As he looked more closely, he noticed the girl’s muslin apron stained with spots of a deep berry red.  A kitchen maid, no doubt, but what business had she, idling about a shipyard at this hour of the morning?  Her presence annoyed him.

Why should he feel so drawn, so curious about her, when a matter of far weightier import occupied his head and heart?

Where you can purchase this fabulous book!


Leave a comment with your Email Address to win! Remember, they'll be two winners!