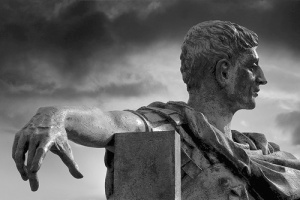 Emperor Constantine (285-337) is known as the Emperor who became a Christian and then granted Christians freedom of worship, expanded their privileges, and made Christianity the religion of the empire.  But what sort of "Christian" was Constantine?

Last week we saw how Constantine's influence brought Christians out of homes and into huge church buildings.  But what was his reasoning? Was it purely to glorify God and lift up Jesus?  What many people don't know is that Constantine's thinking was dominated by superstition and pagan magic. Even after his conversion to Christianity, he never abandoned sun worship. He placed the image of the sun on his coins and erected a statue of the sun god that bore his own image in Constantinople. He also built a statue of the mother goddess, Cybele.  He borrowed the notion of sacred objects and places from the pagans and thus relic worship became common in the church, rising to such a frenzy that some Christian leaders spoke out against it.  Constantine's mother made a pilgrimage to Palestine and is said to have brought back the nails and cross used to crucify Christ. Constantine then declared that the wood from the cross possessed spiritual powers.

In AD 321 when he decreed that Sunday would be a day of rest, his intention was to honor the god Mithras, the Unconquered Sun, hence the name "Sun" day.   He functioned as the high priest of paganism, retaining the pagan title, Pontifex Maximus which means chief of the pagan priests.  When he dedicated Constantinople as his new capital in 330 AD, he decorated it with treasures taken from heathen temples, and he used pagan magic formulas to protect crops and heal diseases. 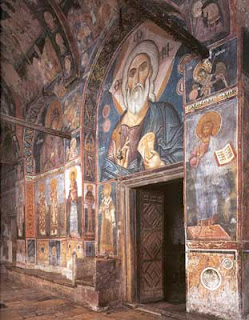 When he built the Church of the Apostles in Constantinople, he added monuments dedicated to the twelve apostles and formed them in a circle surrounding a single tomb, reserved for himself, in effect making him the thirteenth apostle.  Last but not least, Constantine is noted for instituting the idea into the Christian faith of a "Holy site" or "Sacred place" which led quite nicely to the belief that the new church buildings he was erecting were places where God dwelt and were thus holy.

This flies in the face of everything Jesus tried to teach us, that we are the church, that only God is holy, and that we are the living temple of God's Spirit. Constantine's negative influence on Christianity cannot be overstated. By the third century, Christianity had borrowed so much from the heathen culture that it changed the face of our faith forever. No longer was the church a group of Holy Spirit filled people meeting together to worship god. It now became, much like the pagan temples, a physical building made with hands where they believed God dwelt in a special way.