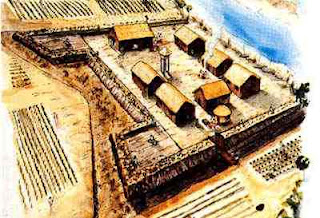 A couple of years ago, I was doing research for a new series set in St. Augustine, Florida, and I came across this really cool fact.  We so often hear of the horrors of slavery in America (much of which is true), but have you ever heard that as early in our history as 1738,  a colony of freed slaves existed and thrived?

More than a century before the Emancipation Proclamation, the Spanish governor of Florida chartered the settlement of Gracia Real de Santa Teresa de Mose, or Fort Mose for short, as a settlement for those fleeing slavery from the English colonies in the Carolinas to the north. Slaves escaping their masters traveled the original underground railroad not to the north, but to the south, to the Spanish colony of Florida where they were given their freedom in exchange for declaring their allegiance to Spain and joining the Catholic church.
Fort Mose was the northern defense of St. Augustine where nearly 100 Africans made their home in freedom. combining African, Indian, Spanish and English cultures.
Along these lines if you were asked which city in the United States is the oldest? You might say 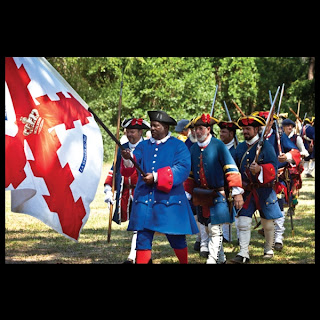 Jamestown settled in 1607 or perhaps Plymouth in 1620. When in reality the oldest European City of the United States is  St. Augustine, settled by the Spanish in 1565.  But did you know that Africans helped to settle the city, forming 12 % of the population in which 1 in 5 was free? In fact they brought valuable skills from Africa, including Black-smithing, cattle ranching, and carpentry that greatly aided the city's progress.

Another interesting fact is that the first Africans to come to the New World weren't brought here as slaves but aboard the ships of Spanish Conquistadors whereby Africans arrived as artisans, seamen, navigators and adventurers, forever establishing their presence in North America.


Over the next 25 years, Fort Mose and Spanish Saint Augustine became a sanctuary for Africans seeking liberation from the tyranny of English slavery. 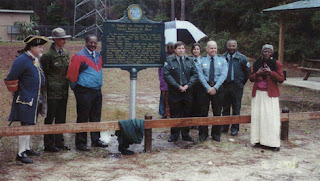 Fort Mose was declared a National Landmark in 1995
Posted by MaryLu Tyndall at 12:30 AM