Yesterday and today, my daughter and I are up in San Francisco taking sailing lessons!!!  We've had this planned for months and are very excited.  Although I have done tons of research on historic tall ships, I've never had a chance to actually try my hand at sailing a modern sail boat. So, this should be quite an adventure!  I'll be sure to post pictures sometime next week.

On another topic, next Friday starts VEIL of PEARLS month!!   This is the regular pre-release party I like to throw for my upcoming books.  This is how it works. Every Friday I will post something about my new book Veil of Pearls.  It could be something about the characters, an excerpt, trailer, as well as the fan favorite, "Guess what the character says next"!    Each week I'm giving away 2 copies. All you have to do is leave a comment. If you get a friend to come leave a comment (and they mention your name), then I'll enter your name twice!   So, spread the news and drop by next Friday!!  Hope to see you there.

And now, I'd like to recommend a book I read recently. Protection for Hire by Camy Tang.   There are really only two authors I read who write contemporary books. (I normally prefer historical) And those authors are Camy Tang and Ronie Kendig. 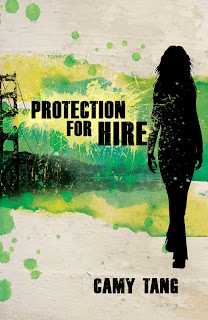 Tessa Lancaster's skills first earned her a position as an enforcer in her Uncle Teruo's Japanese Mafia gang. Then they landed her in prison for a crime she didn't commit. Now, three months after her release, Tessa's abilities have gained her a job as bodyguard for wealthy socialite Elizabeth St. Amant and her three-year-old son. But there's a problem or two ... or three .... There's Elizabeth's abusive husband whose relentless pursuit goes deeper than mere vengeance. There's Uncle Teruo, who doesn't understand why Tessa's new faith as a Christian prevents her from returning to the yakuza. And then there's Elizabeth's lawyer, Charles Britton, who Tessa doesn't know is the one who ensured that she did maximum time behind bars. Now Tessa and Charles must work together in order to protect their client, while new truths emerge and circumstances spiral to a deadly fever pitch. Factor in both Tessa's and Charles's families and you've got some wild dynamics---and an action-packed, romantic read as Tessa and Charles discover the reality of being made new in Christ.

I adored several things about this book.

Anyway, I encourage you to order yourself a copy!
Amazon, BarnesAndNoble, ChristianBook.com 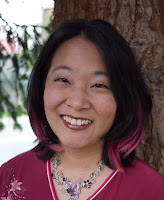