Are we doing church right?-- part 3 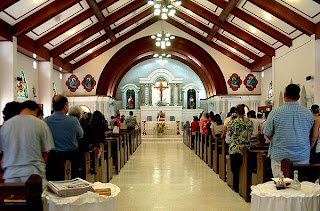 If you are a regular church goer, even if you've switched churches during your journey as a Christian, you've probably noticed there is a certain "order" to a church service.  Your service may or may not contain the following events. One or two may be missing and they may not appear in the same order, but in general these represent the normal church service for most of us.


There may also be such things as 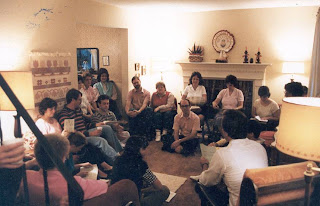 But where did all this come from? Have you ever questioned the way things are in the traditional church?
The fact of the matter is, you can study the entire New Testament over and over and never find anything remotely similar to this type of service among the early Christians. In fact, if you look at Scriptures such as 1 Corinthians 14, you will easily see that the original church service was one in which every member participated and used their gifts to edify and encourage those around them. It was a service of freedom, spontaneity, vibrantly led, not by a single pastor, but by the Holy Spirit.

The truth is our current form of doing church grew out of the Medieval Catholic Mass.  The Catholic Mass was "based partly on the Jewish Temple service, partly on Greek mystery rituals of purification, vicarious sacrifice, and participation.".  It was not based on anything from the New Testament or the Early church way of doing things. It was Gregory the Great (540-604) the first monk to be made pope who had much to do with shaping the Catholic Mass. But if we dig into history to learn more of Gregory, we find he was a very superstitious man, heavily influenced by heathenism and magic. Therefor the Mass he created became a odd blend of pagan and Judaistic rituals, sprinkled with Catholic theology and Christian vocabulary. 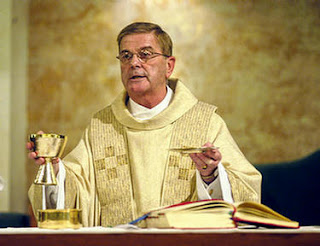 It is easy to see why Mass became fundamentally pagan. Things such as the priests's vestments, holy water, incense, burning of candles, the architecture of the Roman Basilica for church buildings, the title Pontifex Maximus for the head bishop.. all these things were taken from pagan rituals. So what, you might say? That's the Catholics. But where do you think Protestantism got it's way of doing things from?


In the 16th century, Martin Luther rebelled against the Catholic Church and began the Protestant Reformation. However, in doing so, Luther brought with him several of the traditions of the Catholic church, changing only those he felt were not Biblical. The most important of those involved the Catholic service centering around Holy Communion or the Eucharist. Luther made preaching and the pulpit the center of the service rather than offering Holy Communion and the altar.  He also changed the service from being performed in Latin to the language of the people, introduced congregational singing, abolished the idea that Mass was a sacrifice of Christ, and allowed the people to partake of the bread and cup.  But other than that, the service was much the same

Here is Luther's order of worship.

Look familiar? Before you get mad at the messenger, I'm not against church or church ceremonies and I'm not against Catholics or Protestants. I'm merely telling you what I have learned about where our current way of doing things has come from.

Next week we will continue this discussion on the progression of Protestantism and how we got to where we are today.

Taken from Pagan Christianity by Frank Viola and George Barna  http://www.paganchristianity.org/
Posted by MaryLu Tyndall at 12:30 AM