You are behind enemy lines!


But understand this, that in the last days will come  perilous times of great stress and trouble, hard to deal with and hard to bear. 2 Timothy 3:1 Amplified 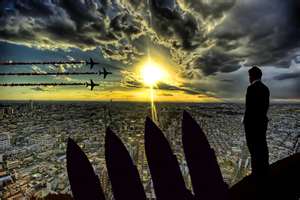 Our current world is in turmoil. We are facing worldwide economic collapse, a coming war in the Middle East, the possibility of terrorist attacks, job loss, the disintegration of the family, cultural depravity, and natural disasters.   God warned us about such things, and He even said they would get worse.  But we, as His children, do not need to run around panicking and worrying and complaining like the rest of the world.  Yes, we will be hit by some of these things. We may lose our jobs, may lose our homes, may lose a loved one in a war, may become deathly ill, may even be a victim of terror.  (How's that for the prosperity gospel?) 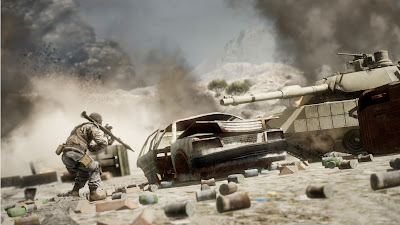 Why? Why does God allow such horrible things to happen to His children? I was asking Him this very thing the other day and He answered me quite clearly. He said, "My children are behind enemy lines."

I saw a movie some years ago called "Behind Enemy Lines."  It was about this navy pilot who was shot down in Serbia (I think), which was deep in enemy territory. He was all alone with no one to help, but he knew if he could just make it to this one rendezvous spot, the US Navy would rescue him. Trouble was, it wasn't very close by. During the entire movie, we watch him trek across this horrid war zone, trying to evade the enemy. He is caught, beaten, tortured. He is hungry, thirsty, cold, exhausted, injured, with no where to lay his head. But there's one thing that keeps him going. One thing that gives him hope and peace in the midst of all his struggles. He trusts in his commanding officer to be at that spot to rescue him. 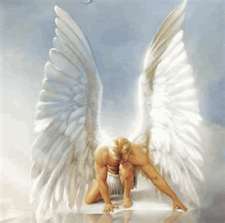 Folks, we are behind enemy lines. This world is a war zone and belongs to our enemy.  Why then do we expect it to be a bed of roses?  Why do we complain so much when things go wrong? You have been shot down by the enemy and you are surrounded. But unlike the pilot in the movie, you are not alone. God is with you. His Holy Spirit empowers you, and He's sent an angelic escort to protect you!

So, what are you to do? What is your job?
To follow His instructions to the rendezvous point and to bring as many people along with you as you can.

But you must trust that God will be there with open arms or you will falter along the way. You'll lose your hope  when the enemy captures you temporarily or you are injured, hungry, or cold. Without that trust in your commander, you will get angry and worried and lose your peace.

The Apostle Paul knew what it was like to live behind enemy lines:
In 2 Corinthians 11, he describes just a few of his experiences as he traveled through enemy territory

Still in Philippians 4, he said,

I have strength for all things in Christ Who empowers me [I am ready for anything and equal to anything through Him Who infuses inner strength into me; I am self-sufficient in Christ’s sufficiency.

In another letter, he added.
. . .I am positively persuaded that He is able to guard and keep that which has been entrusted to me and which I have committed to Him until that day. 2 Tim 1:12

Paul knew his Commander. He knew Him personally and He trusted Him with his life. Paul finally made his way to the rendezvous point, enduring the trials along the way.. He suffered much. Fought the good fight and ended up with a victorious life and a glorious eternity.

I have fought the good (worthy, honorable, and noble) fight, I have finished the race, I have kept (firmly held) the faith. 2 Tim 4:7.


How could he do this? Because He trusted His commander to see him through.


God is faithful (reliable, trustworthy, and therefore ever true to His promise, and He can be depended on); by Him you were called into companionship and participation with His Son, Jesus Christ our Lord. 1 Corinthians 1:9 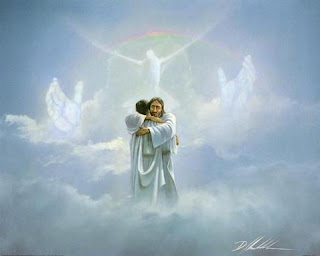 So, don't give up! Don't fear. Don't worry. Keep going. Keep heading toward the rendezvous point! Your savior awaits you with open arms!
Posted by MaryLu Tyndall at 12:30 AM