So Eliphaz the Temanite and Bildad the Shuhite and Zophar the Naamathite went and did as the Lord commanded them; and the Lord accepted [Job’s prayer].
And the Lord turned the captivity of Job and restored his fortunes, when he prayed for his friends; also the Lord gave Job twice as much as he had before.  Job 42:9-10

You know, I've read through the book of Job many times, but for some reason I never noticed the highlighted phrase above. This time, however, it screamed out at me!  Yes, I've been torturing myself by reading Job the past month. Poor guy!  I recommend that every Christian who is going through rough times read this book. Believe me, your problems will seem miniscule compared to Job's.  And he was probably a much wiser, kinder, good-hearted, moral person than most of us. But I digress.. that's for another post.


What I wanted to focus on was that after Job suffered SO MUCH, and after his horrible friends chastised him over and over for having committed some sin that surely must have caused all of Job's problems, God answers Job.  He is stern but kind and basically tells Job. I'm God. You are not. And you don't have a clue what's going on. (Something for all of us to remember!)

Then God turns His wrath against Job's friends (there out of the four of them) and says that they were wrong in what they said to Job. He tells them go bring 7 bulls and 7 rams and offer a sacrifice for their sins and then have Job pray for them. Otherwise they might actually have to face God's wrath!  (If I were them I would have raced to find those animals!)


So, as you can see in the above Scripture, they did and Job prayed. And the Lord accepted his prayer.  Now, this is what got me. These "friends" of Job had been quite cruel to him. Here Job was in the worst condition imaginable. He'd lost EVERYTHING. All his money, land, possessions, children, and he was in chronic physical pain day and night. And these men come and insult him and berate him and condemn him and accuse him.  I don't know about you but I'd be MAD!  I would want God to whoop their scrawny butts! At the very least, I'd want to see them suffer just for a little while.  Instead God asks Job to pray for them. And if you read between the lines, that meant to pray for God to forgive them. In order to do that, Job would have to forgive them as well. OUCH! 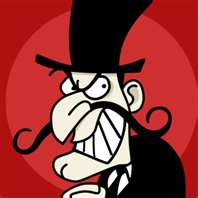 Now I want you to imagine that person in your life who you consider your worst enemy. That person who has made your life miserable. Perhaps it's someone from your past, your childhood, some bully at school, or even a parent. A girlfriend or boyfriend who broke your heart on purpose. Maybe it's someone you know now. Someone who insults you and is constantly hurting you in some way. Now, let's say God comes to you and says. "I'd like to punish so-and-so for treating you so bad. But if you pray for me to forgive them, I will. I'll just drop the whole thing and they'll get off scott-free! They'll never have to pay for what they've done to you"


How important is forgiveness to God? VERY important. Jesus spoke often of forgiveness. He included the admonition to forgive others in the Lord's prayer. He said that if we don't forgive others, He won't forgive us. Now, that's powerful! And in Job's case, God blessed him financially and physically because he forgive.


Are you feeling rather "unblessed" lately. Is the spiritual well running dry? Are the opportunities for work and success few and far between? Have locusts eaten your crop?  Might I ask you to search your heart. See if you harbor any unforgiveness for anyone, any bitterness. You never know if that evil root might be what is restraining God from pouring out His blessings on you and restoring the years the locust ate!