Fun Friday! My next cover!

Well, believe it or not, I'm still trying to get settled from my trip to Jamaica! I suppose it's because Veil of Pearls released this month so I've had a ton of things to do. Blogs to be on, articles to write, interviews! It's crazy but in a good way. I also had to finish the final edits on Forsaken Dreams, which was past-due to my publisher!  But no sooner had I turned it in, then I received the cover in my email!  One of my favorite parts of the entire process is my first glimpse of the cover!!!   I just love seeing the first visual representation of my characters and story. (I also LOVE the Video trailer part too!)  Anyway, here it is! 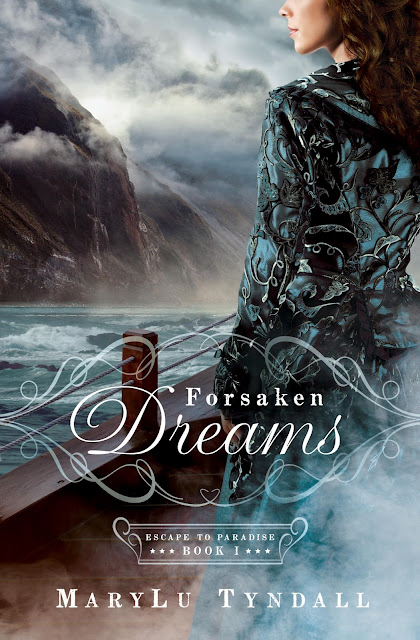 What do you think?  What sort of feeling did it invoke?


They Left Everything Behind to Build a New Southern Utopia

Colonel Grant Wallace has seen enough death to last a lifetime. Weary and disillusioned, he slumps beneath a weight of defeat and loss. With nothing to keep him home and with the North inflicting punishment across the South, Grant organizes a shipload of southerners who, like him, long to escape the horrors of war and start a new life in a verdant land called Brazil.

Eliza Crawford can barely remember the days of her youth spent in opulence and comfort at her home in Marietta, Georgia. If only she hadn’t met Union Brigadier General Stanton Watts. But how can she even think that? He was her husband. At least he had been for a year before he was killed in the Battle of Fredericksburg. Now, rejected by both North and South, Eliza hopes to escape her past and her pain and start over in Brazil.

But once the voyage begins, troubles abound. Will  dangers at sea and enemies from within keep Grant and Eliza from the new life—and love—they long for?

Have a wonderful weekend!!
Posted by MaryLu Tyndall at 12:30 AM