Rule in the midst of captivity!

Esther is one of my favorite books in the Bible. Her story is so adventurous, suspenseful and romantic! And what a story it is! Young captive Jewish girl becomes queen of the entire known world and saves her people from annihilation!  I wish I'd thought of that!  What makes it even better is that it's true. It really happened.

You may remember that the Jews were captives in the then-known Kingdom of Persia.  They had originally been defeated and captured by Babylon, their land destroyed, and their people dragged off to captivity. Now the Assyrians had defeated the Babylonians and the Jews are still captive under their rule. But why were the Jews captive?  If you read the Old Testament you'll see that they had repeatedly turned their backs on God and worshiped idols. God gave them chance after chance to repent, but they kept rejecting Him and living horribly sinful lives. Finally God did what He had warned them He would do and He brought the Babylonians in to defeat them. They spent 70 years in captivity before God allowed them to return to the land He had given them and during that time, I imagine many of them repented. 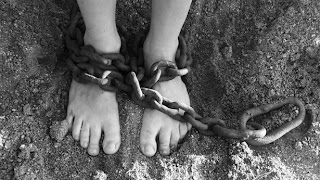 Maybe you've done something in your past that was against God's will. Perhaps there was a period of time or even a few scattered situations when you turned away from Him and did your own thing.  Believe me, I did. I spent far too many years away from God, trying to find my own meaning to life! What a dummy. During that time, God warned me. He wooed me, trying to get me to turn to Him, but stubborn as I am, it took me years before I woke up, years in which I had made some pretty bad decisions and caused a lot of damage to myself and others. Even though God forgave me and took me back with open arms, I was still captive to the consequences of my actions: divorce, broken relationships, bad career choice, wayward children, atheist husband.  I had made a mess of things.  Just like the Israelites, God had allowed me to be taken captive to my own consequences. When I returned to Him, He didn't just sweep away the mess I had made. I had to live in it.  How often do we cry out to God to get us out of a mess of our own doing?

But as I was reading Esther, I got to the part where the King's edict had gone out to all the land to have all the Jews killed and all their possessions taken. He discovered too late that Esther, his wife, was a Jew, and couldn't revoke the edict. Instead he issued another one:

By these letters the king permitted the Jews who were in every city to gather together and protect their lives—to destroy, kill, and annihilate all the forces of any people or province that would assault them, both little children and women, and to plunder their possessions,  on one day in all the provinces of King Ahasuerus, Esther 8:11-12 NKJ

On the day the massacre of the Jews was to occur, the tables were turned. Once all the governors and officials of each region realized the King was on the Jews' side, they actually came out and helped the Jews, defending them and killing their enemies. And the Jews were saved!

The remainder of the Jews in the king’s provinces gathered together and protected their lives, had rest from their enemies, and killed seventy-five thousand of their enemies; but they did not lay a hand on the plunder. Esther 9:16 NKJ


And a great fear of the Jews fell upon the entire Persian empire because they had favor with the King.


So, what is my point? Maybe you feel like a captive to situation, circumstance, or consequence. Maybe you feel like you're suffering from a mountain of bad choices. marriage, financial, career, parenting, etc.. But God has not abandoned you. He has not forgotten you. He is not the kind of father who sends you to your room and doesn't talk to you until he lets you out. He remembers you. He loves you. And though He may not take you out of captivity until your time-out is done, He will give you the means to reign in that captivity! He will protect you, help you overpower your enemies, put the fear of God in them and make them subject to you. Captivity or not, you are a child of God and He can shine His light through you even in a foreign land.