What to expect in the Millennium - Ruling for 1000 Years

I'm so excited about this series because I'm so excited about the Millennial Reign of Jesus Christ on Earth, I can hardly stand to wait!.  If you're an avid Bible reader, I'm sure you'll have read all this before, but perhaps you've never seen it pulled together in one place. Once you see what we, as sons and daughters of God, are in for, I think you'll be excited too!  So let's get started.

First of all, I know there are alternate interpretations of the Millennium out there. Some believe we are already living in the millennial reign of Christ, others believe it won't be here on earth, others believe it's already past. I'm not here to debate these theories. I just want to show you what Scripture says.

The seventh angel then blew [his] trumpet, and there were mighty voices in heaven, shouting, The dominion (kingdom, sovereignty, rule) of the world has now come into the possession and become the kingdom of our Lord and of His Christ (the Messiah), and He shall reign forever and ever (for the eternities of the eternities)! Revelation 11:15


The Millennial reign of Christ is a time after Jesus's return to earth in which He will reign over the world from Jerusalem for a thousand years.. Mille in Latin means a thousand. This is found in repeatedly in Revelation 20 if you care to look it up. Here's just one of the verses.

Also I saw the souls of those who had been slain with axes [beheaded] for their witnessing to Jesus and [for preaching and testifying] for the Word of God, and who had refused to pay homage to the beast or his statue and had not accepted his mark or permitted it to be stamped on their foreheads or on their hands. And they lived again and ruled with Christ (the Messiah) a thousand years. Revelation 20:4 (Amplified)

But what will this time be like? What can we as Christians expect? First of all, you'll notice that the Scripture says that we will rule with Christ.  This is a theme found throughout the New Testament.  In 1 Corinthians 6: 2 says Do you not know that the saints (the believers) will [one day] judge and govern the world?

Not only that, but we will judge angels as well. Do you not know also that we [Christians] are to judge the [very] angels and pronounce opinion between right and wrong [for them]? Verse 3 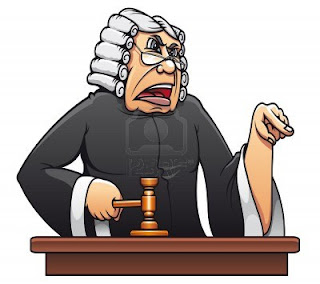 The word Judge in this context means more like an administrator.. a policy maker.  Essentially, we will all be in government service!  But this will be God's government, not man's, which will make the job much easier!

Scripture also indicates that depending on what we do here in this age with our time on earth, we will be given more and more responsibility in this Godly government.

And he said to him, Well done, excellent bond servant! Because you have been faithful and trustworthy in a very little [thing], you shall have authority over ten cities. Luke 19:17


And he who overcomes and who obeys My commands to the [very] end [doing the works that please Me], I will give him authority and power over the nations;  And he shall rule them with a sceptre (rod) of iron, as when earthen pots are broken in pieces, and [his power over them shall be] like that which I Myself have received from My Father.  Rev 2:26-27

But why so tough? Why a rod of iron? Apparently that means that not everyone who is still alive on Earth when Jesus returns will be extremely happy about it.  Yes, there will still be people alive after the battle of Armageddon--people who survived it or people who didn't fight.  These are the people we will be ruling over. Some will bend their knee to Jesus happily, others.. not so much.  As we'll see in other posts, these remaining mortals will live a very long life on a planet that will be extremely fruitful because of God's presence on earth. But God is just and He gives EVERYONE the opportunity to choose Him or not. These remaining people must make their choice just like we did. And unfortunately, we know that not all of them do because when Satan is released after 1000 years, many of them follow him.

But I'm getting ahead of myself. Tune in next week for a look at what kind of body we will have!