Spiritual WarFare in Fiction. Oh my! 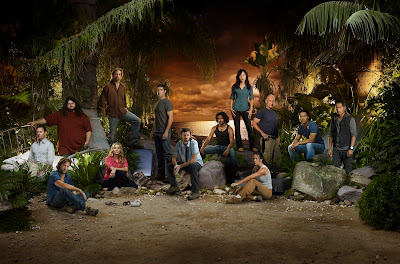 This month, I'm finishing up Elusive Hope, book 2 in my Escape to Paradise series.  I pitched this series as "LOST" vs "GONE WITH THE WIND". Apparently that raised a few brows and also got me a contract!  Which is a great thing!  But for those of you who are LOST fans, you may recall that the show had a very supernatural element to it. There was the black smoke monster (who actually used to be a man but had a curse put on him), underground bunkers built to withstand some cosmic blast that could destroy the world, a lighthouse of mirrors that could look into people's lives across the globe, time travel, a pool that led to an underground cave that seemed to be the gate to hell...etc. Cool Stuff!

Fine for some crazy TV show, but what about Fiction?  My new series, Escape to Paradise, will be one of my most adventurous supernatural series. Without giving away too much, the characters will be haunted by  intense, disturbing visions from the past, there's an ancient cannibalistic temple, an old manuscript in Hebrew, and evil angels chained beneath the earth. Sounds great for Frank Peretti or Ted Dekker or even Stephen King, but what about for an historical romance? Yes Romance!  How can you have people falling in love in the midst of such mayhem!! 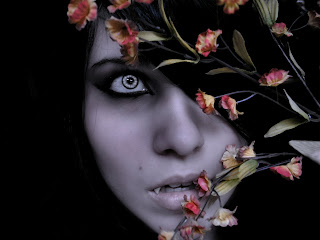 I'm astounded by the influx of the supernatural in today's society.  From books about vampires, werewolves, wizards, and zombies to movies about hauntings and demon possession, it's incredible!   The only problem is, most of them only address the dark side of the spirit realm. Whenever any writer or director tries to create something about the light side (God's side), we get made fun of.  Gee. I wonder why? I wonder who is at work behind all this glorification of darkness?  But I digress.   I cannot tell you how many reviews I've received on my books that have said my spiritual scenes are cheesy and that my "obligatory" salvation scenes bored them to death. Really? So you'd rather read about a vampire granting eternal life to his victim by sucking out all her blood? That's not cheesy to you!?

Anyway, I'm wondering about your thoughts on the supernatural in books. How often do you come across it in a Christian book that isn't specifically labeled speculative like Dekker and Peretti?  In other words, how often do you come across supernatural elements in a book where you didn't expect to find them? Say, in an historical romance??  And when and if you do, do you find them distracting, interesting, silly? Or do they add to the excitement of the story?  No answer is right or wrong.. I'm seriously interested in hearing your opinions!

My experience with the spirit realm has always been a big part of my Christian walk, so reading (and writing) about it comes natural to me. But I tend to forget others' experiences (and perhaps even beliefs) can be different from mine. I guess my fear is people will pick up this series, expecting an historical romance (which it is!)  but will get frustrated with the supernatural woven into the story.

What do you think?