Help me choose a picture for my next Hero!

And win a $20 Amazon gift certificate!

This is the hero who goes with the heroine, Angeline Moore, whose picture you helped me to choose a month ago!!  This will be for my Escape to Paradise Series, book 3, which I'm currently writing.

Here a reminder about Angeline along with the picture you all chose. 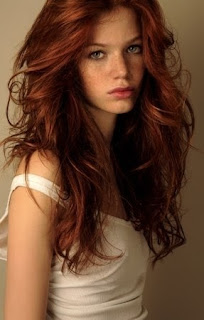 Angeline Moore
Even though Angeline is only 20 years old, she's already lived a life time of pain. Orphaned at 17, she went to live with an abusive uncle and ended up back on the street doing whatever she could to survive. She has auburn hair and violet eyes (eyes don't have to match). She stands at just 5'4" and has a voluptuous figure that attracts men.
Because of what she's been through, she is insecure, untrusting, volatile, fearful, and angry.  However, she is also kind-hearted, stronger than she gives herself credit for, and persevering. And she loves cats!  She bites her bottom lip when she is nervous and carries a pistol around , determined that no one will ever harm her again!

And now, here's a little bit about the hero, including a physical description.

James Callaway
James is 28 with light brown hair streaked by the sun. He is over 6 feet tall and muscular. Some might call him brawny. His eyes are the color of bronze.  James grew up with a perfectionist preacher father who never seemed to do anything wrong. Driven to follow in his father's footsteps at a young age, James's brief time as a pastor ended in ruin due to an indiscretion with a lady. You see, James has a weakness for beautiful women. So, he became a doctor and served honorably as a war surgeon in the Civil War until one day he could no longer take the blood and gore and abandoned his post. Now, he is terrified at the sight of blood!  James is patient, smart, loyal, and cares deeply for people, but he feels like he has failed at everything he has ever done. Including now being the new colony's only preacher.

If you think of any actors or models who might be a good fit, please post their pictures or send me a link to their pictures, along with their names if you know them. I'll be posting this on Facebook too, where it's a bit easier to post pictures, so if you prefer to go over there, here's the link:  MaryLu's Facebook

After I collect all the pictures, I'll display them on a separate post in a few weeks and allow you to choose your favorite.  The actor who receives the most votes becomes my new hero and the person who nominated him will receive a $20 Amazon.com Certificate!!