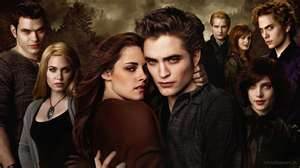 My husband and I went to see the movie, Lincoln, last week.  We had a terrible time finding parking at our local mall where the theaters were located. In fact, we would have left except I already had paid tickets in hand!   Later, I mentioned it to my daughter and she told me. "Duh, Mom. The Twilight movie came out last weekend."  Like I was supposed to realize that mobs of people would fill every crack and crevice of the mall in order to be the first to see this film!  It just never occurred to me since I'm not one of those "Twilight fanatics". I mean, I have nothing personal against vampires. They just don't do it for me. Maybe it's the pale skin. Maybe it's the fangs. Maybe it's the whole obsession with blood. I don't know. But I prefer my heroes tanned, tall, straight-toothed and favoring meat and vegetables. Like pirates, for instance!  But I digress.

Anyway, it got me to thinking about the rising trend of the supernatural in movies and books. The wizards and spells in Harry Potter, the obsession with werewolves and vampires in secular romance, the movies about hauntings and demon possession and monsters. As I’m writing this, I just checked the list of current movies and here are some of the titles that have supernatural themes:    Resident Evil, Sinister, House on the End of the street, Frankenweenie 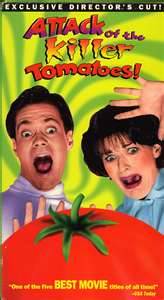 And of course, The Twilight saga.  Though there does seem to be an obsession with darkness in today's entertainment, I must confess I read spooky stories and watched spooky movies when I was a kid. Edgar Allen Poe was one of my favorite authors. I used to curl up on a stormy day and scare myself half to death with his stories. I also loved Saturday night creature feature. Does anyone remember that?  They hosted all kinds of scary movies with witches, warlocks, space invaders, severed hands that moved, even giant killer tomatoes!

Yet the Bible is clear about dabbling with the occult.
Occult is defined as of or pertaining to magic, astrology, or any system claiming use or knowledge of secret or supernatural powers or agencies.

Let no one be found among you who sacrifices their son or daughter in the fire, who practices divination or sorcery, interprets omens, engages in witchcraft,  or casts spells, or who is a medium or spiritist or who consults the dead.  Anyone who does these things is detestable to the Lord;  Deuteronomy 18:10-12

So, what is a follower of Jesus to do?
I posted this question on facebook a few days ago and got a ton of responses. In fact the argument became quite heated. Some Christians believe we should shun everything that has anything to do with the supernatural. Others believe certain films and books are okay, as long as they have good morals and give a redeeming message. They argue that Harry Potter, though a wizard, is a good wizard who fights on the side of good against evil. Yet others feel that kids who read Harry Potter are more likely to dabble in the occult than kids who do not. (I'd love to see a study on this!) 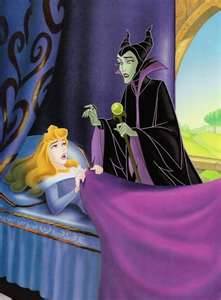 But where do we draw the line? What about Disney movies? In Sleeping Beauty, the queen casts evil spells. In Cinderella, the Fairy God Mother uses magic to dress Cinderella in a beautiful ball gown and change a pumpkin into a carriage. Do we ban ourselves from those as well?

What about the Narnia films? Don't they have witches and evil spells and curses? Yet they are an allegory for the Gospel!

When I was a new Christian, I tended to shun all these things! I was so happy to have found the truth, to have been "transferred from the kingdom of darkness to the kingdom of light" Col 1:13 that I truly didn't want to risk even sticking my little toe back into the dark!  Perhaps that was good for me at the time. I was a baby believer and I needed to protect myself from any evil influence and shore myself up with the life-giving words of God.

Later on in my walk, I went a step further and decided to shun anything that did not "glorify God". What I ended up doing was not having much to watch or read!!  I realized that a book or movie can be good in and of itself with a good moral and a good theme without directly glorifying God. Nature glorifies God indirectly simply by its beauty!

Now, we all know and recognize that some movies and books are blatantly evil. However where things aren't so black and white, this becomes an individual decision between me and God. If I read Harry Potter, I know I'm not going to try to become a wizard or cast spells. I would value it for the good story telling and the battle between good and evil. If I go see Twilight, I'm not gong to start sucking people's blood. I will appreciate the chastity it espouses and the themes of eternal life.

Now, I haven't read Harry Potter, nor have I read or seen Twilight. But that's a personal decision of mine. I just prefer other types of movies, and I have no interest in viewing a spirit realm I've encountered first hand.
However if I'm a weak believer and I know I have a weakness when it comes to the occult, then it would not be good for me to watch or read Harry Potter and I should avoid all such entertainment..  If I'm a teenage girl who begins to obsess over vampires and the occult then I should stay away. If you see your kids starting to dabble in magic or playing vampires, you should stop them from seeing these things.

Of course some movies are obviously dark, evil, and have no redeeming qualities. I can't name any because I don't go see these shows, but you can tell from the description. We are told to walk in the light and avoid darkness.  Let the Holy Spirit be your guide.  The closer you become to God, the more you will recognize and shun the darkness.

What are your thoughts?  And be nice! 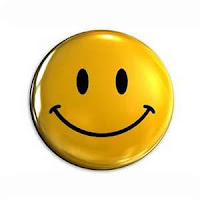