Christianity is not a Religion!


What is Religion? Here are a few definitions from the dictionary 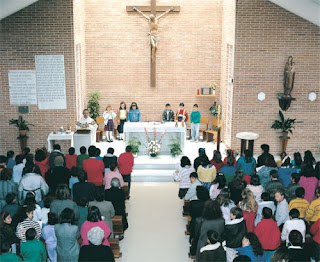 A set of beliefs concerning the cause, nature, and purpose of the universe, especially when considered as the creation of a superhuman agency or agencies, usually involving devotional and ritual observances, and often containing a moral code governing the conduct of human affairs.
a specific fundamental set of beliefs and practices generally agreed upon by a number of persons or sects:
the practice of religious beliefs; ritual observance of faith
That sure sounds like Christianity, doesn't it? I mean we all generally believe the same thing (the main thing being that Jesus is God and He died for our sins and then rose again on the third day),  we all typically follow the same moral code, most of us attend church, take communion, practice charity and tithing, celebrate Christian holidays, read our Bibles, do our "devotions" and pray, right? Doesn't that fit the above descriptions of beliefs, practices, moral code and rituals?
But I contend with you that it is man who had made Christianity into a religion, not God. That was never His intention. In fact, I don't think God cares much for religion.  Religion has always been man's attempt to reach God on his own terms. His attempt to somehow make himself more acceptable to God and perhaps win God's favor. Religion has always been man's attempt to manipulate God into doing what he wants.
Jesus didn't much care for the religious people of his day. A quick browse through the Gospels will reveal that the only times Jesus got really angry were when he confronted the Pharisees and Sadducees, the religions leaders of the day. He even had some colorful names for them:  Vipers, serpents and Whitewashed tombs!
Abraham, the father of our faith, well understood what religion was. Before God called him, he lived in the land of Ur where they had a god for everything. A god for crops, a god for cattle, a god for business deals, a god for healing, a god for a new baby...  and on it went. All the people had to do to get the particular blessing they wanted was to do something that would please the god of that blessing.  In effect, they could work to recieve a blessing. They could manipulate their gods. 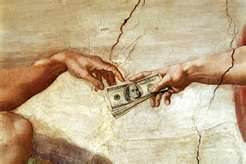 But don't we do that today? Don't we behave like good little Christians, reading our Bibles, saying our prayers, going to church whenever the doors open, volunteering, tithing, etc..  in order for God to bless us? We may not admit it right out, but deep down, don't we sometimes think that God will surely take note of what good followers we are!  I remember one time I was at a very prominent Christian conference and the speaker told everyone to put all the money they had in the wallet into an envelope and write their prayer request on the outside and turn it in.  She said God would surely grant our request because of our act of faith.  I wonder how many of you have encountered something similar?  So many preachers have twisted Scripture out of context by telling you that if you do X, Y, and Z, God will answer your prayer.  We've become little religious robots,  performing tricks to get God's attention.

But God isn't like that. When God called Abraham out of Ur, it wasn't so Abraham could preform a bunch of rituals or sacrifice a bunch of cows. He wasn't interested in Abraham's performance. He didn't choose him because he had special talents or skills. God was interested in Abraham. He chose him because he loved him and wanted to have a relationship with him.  Later on after Abraham had walked with God many years, he was called "the friend of God" .  Friends don't manipulate one another. Friends hang out and enjoy each others' company. Friends trust each other because friends know each other. 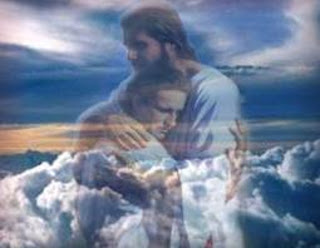 God can not be manipulated. Not by ritual or tithing or even devotion.  God is not impressed with your efforts. He does not care how often you appear in church or how many verses you've memorized or how much money you give to charity. Yes, he takes note of it if you do it with the right intentions, but He isn't adding up points so He can bless you. If you are His child, He wants to bless you anyway. Why? Because He loves you.

He wants a relationship with you. That's why He sent His son, Jesus, to pay the price to get rid of the one thing that was keeping us from knowing Him. Our failings, our mistakes, our sin. Once Jesus paid that price and rose again, all who receive Him can now have a one-on-one relationship with God, the Father.  That's it! That's all Christianity is!  It's not a set of rules, not church attendance, not rituals, not performance. It's just walking with God. It's getting to know Him.

Abraham spent years walking with God and during that time, he learned to trust God so much that he was willing to kill his own son at God's command because he knew God either wouldn't let it happen or He would raise Issac back from the dead. Why did he know this? Because he knew God's character. His goodness, kindness, faithfulness, trustworthiness. And you can only know those things by becoming a friend of God.

So, shrug off that cloak of religion, grab a cup of coffee (or tea)  and just hang out with God. He's waiting. !
Posted by MaryLu Tyndall at 12:30 AM