The Ends Justify the Means, or do they?

You've heard this old saying, right? Basically it means that if what you want to achieve is a good thing, then it doesn't matter how you get there. Examples would be things like stealing from the rich to give to the poor, lying and smearing your opponent to win an election, allowing someone to die in order to save thousands, and a more common one, lying to someone to avoid hurting their feelings. (This last one is a very hard one for me to handle cause I HATE hurting anyone) 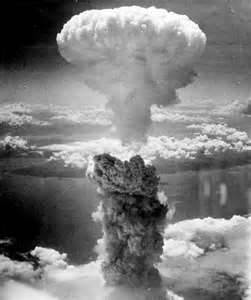 Yet God's commands are not conditional, are they?  He says don't lie, don't steal, don't bow down to other Gods, don't kill, don't cheat, don't sleep around. There's no ifs ands or buts about any of His commands. Yet how often do we justify our actions by their result. We may not do any of the major things I listed above (except maybe the last one) but we encounter all sorts of similar decisions every day.   Perhaps we have an opportunity to speak up in defiance of evil, but we hold our tongues because we don't want to get in trouble. We want to keep the peace, which is a good thing, right? Or perhaps we don't report a colleague who is stealing at work because we don't want to be labeled a snitch. Or maybe we cheat just a little bit on our taxes because we desperately need the money for food and bills. You could probably name a dozen or so scenarios from your own life. 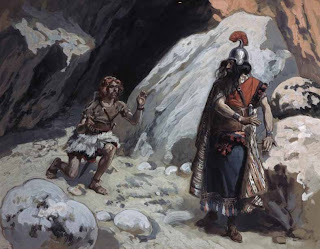 Many of you know the story of Kind David. He was anointed to become King over all of Israel, yet he spent many years being chased through the countryside by King Saul who was trying to kill him.  King Saul was a mean, jealous, crazy king who didn't follow God's counsel. One day while he was chasing David, he went into a cave to relieve himself. Unknown to him, David and his warriors were hidden deep within the cave. David's men prompted him to kill Saul. This was his chance!! To stop this madness and take over the throne as God intended.   After all, surely God must have arranged this moment.  But David wouldn't do it. Killing Saul would have solved ALL his problems, but instead he said
“Far be it from me because of the Lord that I should do this thing to my lord, the Lord’s anointed, to stretch out my hand against him, since he is the Lord’s anointed.” David persuaded his men with these words and did not allow them to rise up against Saul.  Samuel 24 NASB

The end result would have been great. But the means were not acceptable to God. David knew this.  If he had killed Saul, I personally doubt he would have ever become the mighty and honorable king that he did.

But here's my favorite example and it comes from Jesus himself!   At the beginning of Jesus's ministry, Satan came to tempt Him. One of the temptations was to offer Jesus the rulership of ALL the Kingdoms on the earth throughout all the ages. 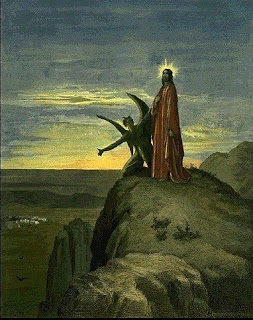 Again, the devil took Him to a very high mountain and showed Him all the kingdoms of the world and their glory; and he said to Him, “All these things I will give You, if You fall down and worship me.”  Matthew 4:8-9 NASB

Mind you, Jesus would eventually become King of every kingdom on earth. He knew that was the Father's plan for Him at the end of the age. This was a good thing! If Jesus had accepted Satan's offer, He could have started his rule then and there, his rule of righteousness and goodness and justice. Think of how wonderful the world would have become in that instant. There wouldn't have been any more war. No more Roman Empire. No World War I, II, and all the wars since. No famines, no diseases like cancer or the black death. No terrorism, no communism, fascism, Nazism. The earth would have flourished. All the bad things that have happened between then and now would never have happened. All the heartache, all the sorrow, all the deaths would never happen.  Think of that incredible temptation.  Jesus loved the world. Surely He would want to save us so much heartache, death and pain.  After all, all He had to do was bow down once and worship Satan. Just once.. and think of all the good He could do.

Then Jesus said to him, “Go, Satan! For it is written, ‘You shall worship the Lord your God, and serve Him only.’”  Then the devil left Him; and behold, angels came and began to minister to Him.  Matthew 4:10-11 NASB

Jesus provides the perfect example of how the Ends Do Not Justify The Means!  He had the Most wonderful ends anyone could ever imagine laid out before Him, but even then He could never justify disobeying His Father.

And neither can we. Let us remember to be honorable people, to honor God's commands and then leave the ends up to Him!