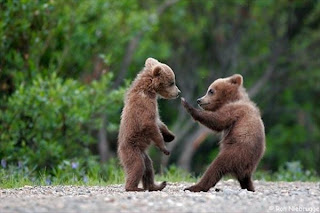 I've been Tagged!!!  By my good friend and author, Michele Griep!!  This is how it works. I will answer the following 11 questions and then tag 4 other authors so you can go read their answers to the same questions.  This is called a Blog Hop Book Tour and is a way for you to meet other authors!

So here we go!

What is/was the working title of your book?
Abandoned Memories. This is Book THREE in my Escape to Paradise Series. Yay!!!  Book 1, Forsaken Dreams will be released March 2013

Where did the idea come from for the book?

I got the idea for the entire series from a reader who I met at a conference. She said she had done some research on a group of Southerners who left the United States after the Civil War and traveled to Brazil where they hoped to set up a new Southern Utopia.  I thought.. Hey, that's a really cool idea!!!  So, after I did my own research I came up with 3 story ideas and submitted them to my publisher, and Voila!! A series was born!

What genre does your book fall under?
Historical Romance

What is the one-sentence synopsis of your book?
Stranded on the shores of Brazil, a group of Southerners, who left the United States after the Civil War, find themselves struck with disaster after disaster as they try to eek out a new life in a foreign land, only to discover the cause of their troubles comes from a source not of this world.

How long did it take you to write the first draft of your manuscript?
Three months!  Then I usually go through it another two times which takes another 3 months.


What other books would you compare this work to within your genre?
Hmm. Actually I don't think there is anything in my genre like this. The entire series is a real stretch for me because it branches into the supernatural quite a bit, in particular demons, angels, visions, spiritual warfare, etc. . .and this is not something you normally see in Historical Romance!

Who or What inspired you to write this book?
God, History, and the TV show LOST.


What else about your book might pique the reader’s interest?

Romance! Strong Moral Themes of Loss, Forgiveness, Faith, Idol worship, Bitterness, and Pride. Add to that lots of adventure on sea and on land and toss in a few pirates, and what's not to love??


AND NOW to TAG Four of my Favorite Authors so you can meet them!!  If they don't post answers right away, don't despair... they have promised to do so as soon as possible.  In the meantime, you can check them out anyway!