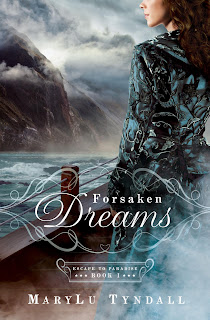 Yay! It's finally here! Well, almost. My next release, Forsaken Dreams, (My 12th published novel!) will be out in stores on March 1st! In celebration of this grand event, EVERY Friday in February, I'll be posting something about the book and giving away a FREE copy of the book!!


They Left Everything Behind to Build a New Southern Utopia


Colonel Blake Wallace has seen enough death to last a lifetime. Weary and disillusioned, he slumps beneath the weight of defeat and loss. With his entire family murdered by the North and his name appearing on a list of officers wanted for war crimes, Blake organizes a shipload of southerners who, like him, long to escape the horrors of war and start a new life in a verdant land called Brazil.


Eliza Crawford can barely remember the days of her youth spent in opulence and comfort at her Georgian home. She can't help but wonder how different her life would be had she not met her late husband, Stanton Watts, a general in the Northern army. Now a war widow, Eliza is rejected by both North and South. Desperate to keep her marriage a secret and escape her past and pain, she longs to start over again in Brazil.


But once the voyage begins, troubles abound. Dangers at sea  and enemies from within threaten to keep Blake and Eliza from the new life—and love—they long for.

This week, we will take an in-depth look at the heroine of the story, Eliza Crawford (or is that her real name? Hmmmm) 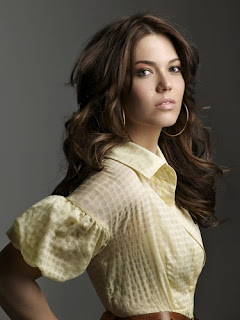 Brief Description: At age 22, with hair the color of maple syrup, glistening golden eyes, and an athletic build, Eliza feels like she’s already lived a lifetime. She can barely remember the days of her youth spent in opulence and comfort when she lived at her parent’s upscale hotel in Marietta, Georgia. If only she hadn’t met Stanton Watts, she wouldn’t be in such dire straits. But she was young and in love and her zest for freedom and adventure made her throw caution, convention, and her family’s disapproval to the wind, and follow her heart. Unfortunately it led her to a miserable year of marriage to a man who was hardly ever home. Brigadier-General Stanton Watts, killed in action, December, 1862 during the Battle of Fredericksburg. She could still see the handwritten post that changed her life forever and sent her from Pennsylvania back to Georgia and eventually to the rebel front lines as a nurse. Even after her husband’s death, her family would not forgive her for marrying a Union soldier. Now, rejected by people on either side of the war, Eliza finds herself alone in the world, without friends, family, or means to provide for herself. She sells her remaining jewelry and possessions and procures passage on the NewHope heading for Brazil. Perhaps there, with her secret hidden, she can escape her past, her pain, her rejection and start over.

Strengths:  Courageous, Generous, Kind, A free spirit, Fearless, Dreamer, Doer not a talker
Weaknesses: Rebellious, Stubborn, Impulsive, Self-willed
Quirks:  Eliza is a take charge kind of woman not easily frightened by new challenges. She possesses an independent spirit that craves freedom and therefore she often has trouble following any rules or direction if it goes against what she wants.  Outwardly, this manifests itself in her unruly hair which she can never seem to keep pinned up in a coiffure dictated by proper etiquette.

Inspiration: Eliza is the type of heroine we often see in film and in books. She’s the fearless conqueror who takes life by the horns and fights for her way.  She’s the woman who defies conventions and rules and lives by the impulses of her heart. She’s the artist, the dancer, the actress, the free thinker. Her zest for life and her huge heart are truly gifts from God, but like all  gifts, they can be used either for good or evil. Unfortunately, Eliza tosses away God’s healthy restraints on her zeal and ends up making a huge mess of her life.

So, what do you think of Eliza? Can you relate to her at all? Are you a free spirit, a dreamer, courageous and independent or do you tend to play it safe, obey the rules and draw within the lines?  (Which is more the way I am!)  And why is it that most of us seem drawn to the strong, independent heroine?

Leave a comment, along with your email, and you'll be entered in a contest to win a copy of Forsaken Dreams!  I will announce the winner next Friday when we another sneak peek at the book, in particular, Colonel Blake Wallace. (Who I think you're going to love! hubba hubba )