The Making of a Book Cover!

I got my first glimpse at the final cover for my next release, Elusive Hope, last week. Yay!!  I have to say, seeing the cover and then later on, watching the video trailer have become very special to me. I guess it's because I'm a really visual person, so when I see my characters coming to life visually on the page and in a video, they become even more real to me and more endearing.

Anyway, I thought you might like to hear about the process. It starts with my publisher asking me to fill out a cover idea sheet. I'm copying mine from Elusive Hope below. I've deleted the parts that would give too much away about the story.

I.  BACKGROUND/SETTING:
A.      Year/Time period covered in the book:  1866
B.      Specific locales (include lay of land, season of year, specific natural elements in vegetation and geography, etc.):

Mostly the jungles of Brazil and a couple weeks in Rio de Janeiro.  I’m attaching pictures of both

II.  SUMMARY (50-100 words of key plot):
The Civil War has ravaged the South, and Magnolia Scott’s parents, in a last ditch effort to regain their Southern way of life, drag her to the jungles of Brazil in the hope of starting a new Southern Utopia. Desperate to return home, Magnolia attaches herself to Hayden Gale, a con-man who joined the venture seeking his father whom he blames for his mother’s death. Together, the Spoiled Southern Belle and the rogue swindler travel to Rio de Janeiro, both harboring deep secrets and both hoping to trick the other one out of what’s left of their money.

III.  CHARACTER DESCRIPTIONS:
A.    Main Character #1   Magnolia Scott
Age—   22
Occupation— Spoiled Southern Belle
Hair Color— Light blonde
Eye Color— Blue/Sapphire
Hair Style—   Worn up with the style of the times (pictures attached)
Clothing Style— Tries to always dress to perfection (pictures attached)
Overall Description (could include height, build, personal style, countenance, etc.)—   Medium height with feminine curves.  Magnolia has a snobbish, aristocratic bearing which she learned by being the only daughter of very wealthy plantation owners.  However, on the inside she’s a wounded lady who doesn’t believe she ever measures up and who feels indebted to her parents.

C.  Secondary characters, if they are essential to the cover (up to 2):

IV.  Story Conflicts that could go into create a cover scene/mood:
Hero and heroine are both trying to swindle each other. Magnolia wants to go back to the States. Hayden needs her money to help find his father, whom he blames for the death of his mother and wants to kill.
XXXXXXXXXXXXXXXXXXXXXXXXXXXXXXXXX  (purposely deleted!)

I’m thinking of either a scene set in the jungle or one at Rio de Janeiro.  Perhaps she’s sitting near a waterfall in the jungle and looking at her reflection in the water. ??   This happens several times in the story.

*Attach any picture, drawing, or other description that may help the artist create a cover that captures the setting, characters, mood, and feel of the book.

I’m attaching the following pictures to the note I’m sending this with.

Me again.  Cool huh?
Then several months go by while I write the book!  My publisher will sometimes send me pictures of models they are considering to use in the photo shoot for the cover. This time they did and here they are:

I get to choose which model best fits my vision for my heroine, Magnolia. They won't always go with my choice, but at least they consider my input. I chose Model 2, but I believe they used Model 3

NEXT:  My publisher will send me Cover layout compositions.  There are usually 2 or 3 of them using different gowns and different backgrounds (The models in these are NOT real models but just pictures used for placement)  My publisher asks me which one I prefer.  I love this part because I get to see what ideas they've been kicking around.  Here are the compositions they sent me: 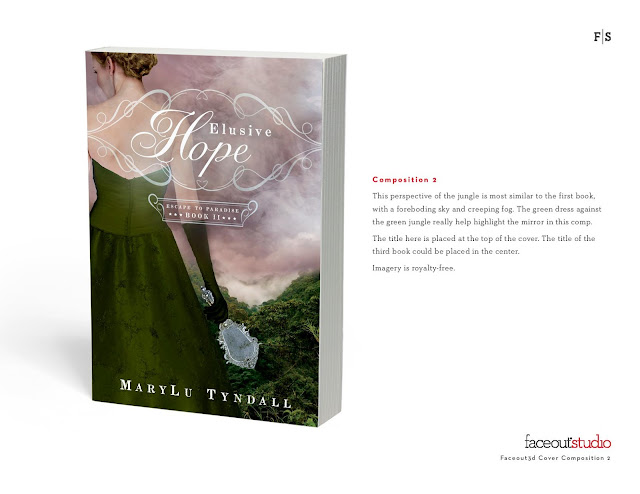 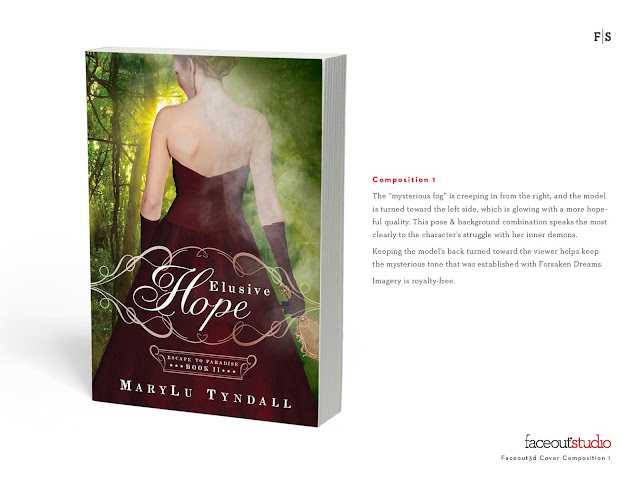 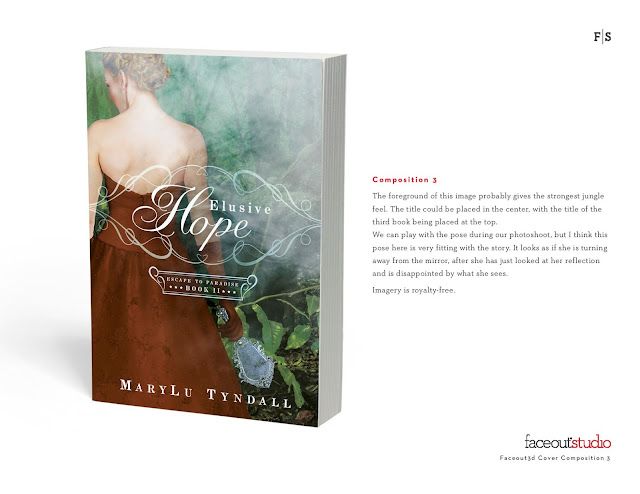 They are ALL gorgeous, aren't they? I had a hard time choosing. I even had to ask my Motley Crew for their help!!  But I finally told my publisher I liked Composition 1 and 3 the best. I liked the sunlight in 1 and the mystical jungle look of number 3.

Then I didn't hear anything from them for a couple months. By this time, I'm finished with the book and working on edits with an editor so the characters are even more real to me than ever.

Then, finally, I get that email in my inbox that says: Elusive Hope Cover.  My heart starts to beat a little faster.. and if you were close by, you may have heard me squeal in delight. I open the mail, download the picture and get my first look at the cover of my next book. 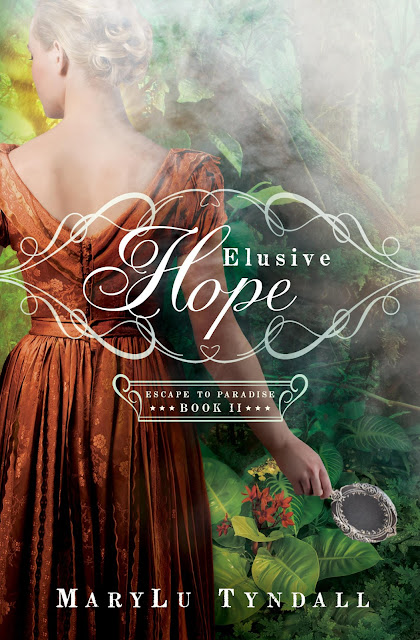