This contest is closed: Winner is Leslie McDonald!!!  Thank you all for entering.. and please, do yourself a favor and pick up this book. You won't regret it!!

Please give a hearty welcome to my friend and fellow author, Kathleen Maher!!  Kathleen has written a fabulous novella that is part of a Civil War Romance Collection.  You're going to love it!! Plus, Kathleen is generously giving away a copy, plus a gift basket to one lucky winner!

If you recall a few weeks ago, I had Carrie Fancett Pagels here on my blog with her Civil War Romance, Return to Shirley Plantation. Well, that was the first book in the series and Kathleen is the 3rd book! They are all separate stories so no need to worry.

Now a bit about the story.

MaryLu, I am thrilled to be here. Thank you so much for hosting me. I have just read Forsaken 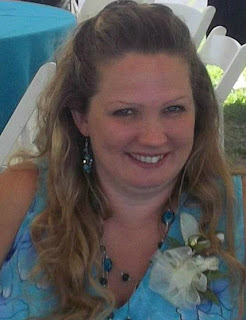 Dreams, and really loved its ties to Civil War history.  Although Veil of Pearls remains my all-time favorite, saturated as it was in antebellum culture and all of its complexities and contradictions, Forsaken Dreams is fabulous in its own right. Former Confederates fleeing to Brazil for a fresh start is a chapter of Civil War history I had never known, and you portrayed it so compellingly and with a delightful cast of characters.

Civil War is really big right now, especially among history geeks like me. We are in the middle of the sesquicentennial—150 years since battles like Gettysburg, Chickamauga, and Chancellorsville, all fought in 1863. With two more years to go of Civil War anniversaries, these reflections provide endless possibilities for story. And that is exactly what Cry of Freedom is all about.
Helping Hands Press, via Murray Pura has assembled 15 contributors of short stories and novellas commemorating 1863. Authors such as Kathi Macias, Carrie Fancett Pagels, and Karen Anna Vogel bring a unique angle on the history made in 1863. From the battlefield to plantation field hospitals, along the Underground Railroad and as far North as New York City, the people, places, sights and sounds of the moment are coming alive again.

As a part of this series, my debut novella Bachelor Buttons has just released.  Set in New York City in July, 1863 just after Gettysburg, Bachelor Buttons depicts the tension among Irish Immigrants over Lincoln’s controversial Conscription Act. Feeling disenfranchised by policies that threatened their already-challenged job outlook, many Irish mistakenly blamed freed blacks who competed for laboring jobs. The Emancipation Proclamation heightened tension, but the tipping point came with 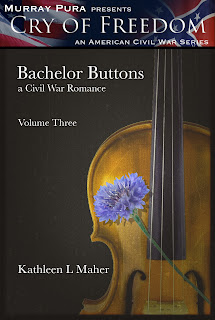 On Saturday July 11, the first draft lottery was held in Manhattan, and though peaceful, it struck a spark that would burn a wildfire throughout the borough all week. On Monday, Irishmen, incensed at the injustices of the draft, set fire to the Provost Marshal’s office.  They then attacked the New York Times and several other Republican papers and businesses, looted stores, and even burned a black orphanage.  But not all Irish participated in such heinous acts. In fact, in a few neighborhoods, they protected freedmen from the violence. The Draft Riots, also called the Battle of New York City, finally ended when troops were sent up from Gettysburg to restore order.

To celebrate my novella, I am offering a gift basket of goodies, plus a pdf copy of Bachelor Buttons 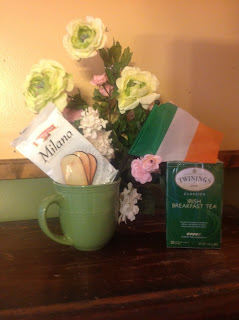 to one lucky winner!


Wow, that was fascinating, Kathleen!!  I, for one, had never heard about The Draft Riots. Thank you for giving way a copy of your book and this lovely gift basket!!

I had a chance to read Bachelor Buttons a few weeks ago, and here's my review.

I'm not sure how this author packed so much good stuff in one tiny book, but only Kathleen Maher's exquisite pen could pull off such a feat.  There's so much history here, plus incredible romance, then add action and suspense and you've got a perfect getaway on a hot summer's night.  Another fun fact is that Kathleen modeled the romance and story after real life events of her great, great grandmother.
In Kathleen's words
My great, great grandmother Katherine Meehan was a young girl of about eight or ten when the draft riots occurred, and she saw some of the gruesome aftermath of the riots, men hanging from the lamp posts in Washington Square Park. She would have come to courting age in the 1870's, and had two suitors, one a doctor and one a violin teacher named William Lee. They all lived in lower Manhattan and were first generation Irish. Katherine was smitten with both men, and couldn't decide who to choose, so she told them they must run a foot race to win her hand in marriage. The winner turned out to be William Lee, the poor violin instructor. They married, and struggled financially. Every year, Katherine and William's family received a ton of coal from a mysterious benefactor. It is said in my mother's family stories that the doctor died a bachelor, and the mysterious gift of coal stopped coming after his death.

MaryLu here: Isn't that awesome???  I just love real life stories like this!

I met Kathleen when I judged a contest she entered and I gave her such high marks, we somehow connected and she's been a dear friend ever since. In fact, she ended up wining that contest eventually! So, you can imagine how thrilled I was when she got her first publishing contract with this book.

Please leave a comment with your email address and answer the following question: Do you have any touching love stories from your family's history?

A winner for both the book and the the basket will be announced on Thursday, May 16th!!  Good luck!