Welcome to the 2013 Summer Scavenger Hunt! This hunt has 32 stops and runs 5/17-5/19/13. You can make the loop, reading unique content from 31 different authors, and if you complete the loop, and fill out the Rafflecopter form at Stop #32, you'll be in the running for an iPad Mini (loaded with all our books), or one of two runner-up prizes---all 31 of our new releases in paperback. In addition, some authors are offering additional prizes, so be sure to read each post thoroughly to be in the running for all that are available. The contest is open internationally.

If you've JUST discovered the hunt, I recommend you begin at the beginning, Stop #1, found at LisaBergren.com. But you can also begin here, and keep on rolling. Just be aware that you have to have the COMPLETED phrase in order, which you construct gathering the clue at each stop, within 24 hours of email notification from Lisa Bergren that you won. If Lisa doesn't hear back from you with the correct phrase within the time limit, she will move on to the next winner Rafflecopter draws. Ready? Here we go... 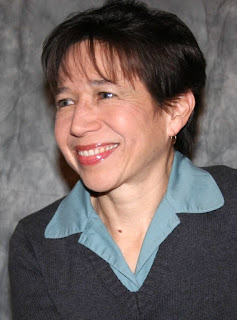 I'm SO EXCITED to be Hosting my good friend and FABULOUS author, Ruth Axtell!!!  Ruth writes Regency Romances. But they are so much more than that. I had the privilege of reading some of Ruth's earlier works and let me tell you, they are really adventurous and full of rich history--the kind you never learned about in school.  Ruth has lived a fascinating life! She's lived in Paris, was an au pair in the Canary Islands, worked in international development in Miami, Florida, before getting married and living in Holland for 6 years!   So, please give a warm welcome to Ruth!

Ruth Axtell has published fourteen historical romances over the last ten years. Her stories are set in Regency and Victorian England, as well as nineteenth century coastal Maine. You can read more about her at http://ruthaxtell.com/regency/ and  https://www.facebook.com/ruth.axtell1?ref=tn_tnmn

Have you ever wanted to be a spy!??  Have you ever wanted to decipher secret messages intercepted from the enemy? Exciting stuff, eh?  Well, that's exactly what the hero in Ruth Axtell's new book, Moonlight Masquarde does.  Here's a little bit about the history and then a test to see if you are skilled as a spy!


Most of us who have read a regency romance or two have heard of the Peninsular Wars.


The hero of the romance is usually back from the Peninsula, recovering from an almost fatal wound—but alive and whole, thank goodness, and still dashing in his red coat, though perhaps a bit wan and lean in the cheek.


Which peninsula was this? It was the Iberian Peninsula, encompassing both Spain and Portugal. England and France fought over this peninsula between 1807 and 1814. The peninsula catapulted then Lt. General Arthur Wellesley—later the 1st duke of Wellington—to fame.


The armies depended on couriers conveying messages from troop to troop and commander to commander over the vast Spanish plain. Partisan fighters intercepted many of these French messengers and passed along their dispatches to the British.

A key but little known player in the British army was George Scovell, a deputy assistant quartermaster general, who had a knack for languages, organization and detail. The hero of my current regency, Moonlight Masquerade, is a little like this soldier. He is able to see patterns where others see only random numbers.

If you’d like to test out your abilities at some simple code, try to decipher the names of my hero and heroine in Moonlight Masquerade using the key below. 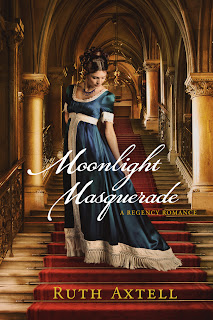 Lady Celine Wexham seems the model British subject. French by birth but enjoying life in 1813 as a widowed English countess, she is in the unique position of being able to help those in need–or to spy for the notorious Napoleon Bonaparte. When Rees Phillips of the British Foreign Office is sent to pose as the countess’s butler and discover where her true loyalties lie, he is confident he will uncover the truth. But the longer he is in her fashionable townhouse in London’s West End, the more his staunch loyalty to the Crown begins to waver as he falls under Lady Wexham’s spell. Will he find the proof he needs? And if she is a spy after all, will he do the right thing?


AND NOW, YOUR NEXT STEPS:

Write down this clue:  They
Have it written down? Great! Now head on over to Ruth Axtell's blog Stop #11 for the next clue!

BONUS PRIZE Offered only on this SITE:

Grand Prize: Arthurian Knight Bookends
2nd Place:  $25 Amazon Certificate
3rd Place:  Signed Copy of my new release, Forsaken Dreams!
Requirements to enter:
"Like" my Facebook Author Page
Sign Up for my Newsletter
Follow me on Twitter
Optional but fun! Leave a comment below with the names of Ruth's hero and heroine that you deciphered from the code! And tell her how much you enjoyed her post!!

a Rafflecopter giveaway
Posted by MaryLu Tyndall at 9:00 PM