Consider the ant, you sluggard!!

The desire of the lazy man kills him, For his hands refuse to labor. Proverbs 21:25

The soul of a lazy man desires, and has nothing; But the soul of the diligent shall be made rich. Proverbs 13:4 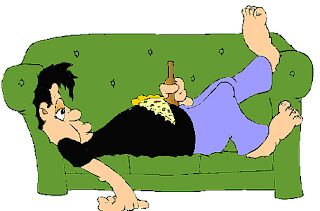 Did you know that the Bible has more to say on laziness than drunkenness?   Yet, how often are we quick to judge someone when they've had a bit too much to drink, but neglect to chastise another person who sits around all day and does nothing?  Laziness is a pervasive, insidious disease in our society, one that seems to be growing in leaps and bounds. No one seems to want to work hard anymore. They want the easy life, the easy job that doesn't require much of them, the cushy couch and big screen TV and fancy vacations, but work??  Don't make me work too hard!! It's not fair!

Without getting political, let me just say that the more our government tends toward socialism, the lazier people become. I mean, why should you work if you can fill out some paperwork and get government assistance?  The number of Americans receiving food stamps, for instance, in 1969 was roughly 3 million. Today we have over 45 million. Do some of these people need food stamps to survive? Absolutely. I'm not against Food stamps. I know they really help some people. They succeed where the Christian church has failed in this country, but that's another topic. I guess what I'm trying to say is that humans are inherently lazy and when you offer them free stuff, it brings out that laziness even more. Just like a spoiled child, they will become dependent on freebies and never learn to work.


Go to the ant, you sluggard! Consider her ways and be wise, Which, having no captain, Overseer or ruler, Provides her supplies in the summer, And gathers her food in the harvest. How long will you slumber, O sluggard? When will you rise from your sleep? A little sleep, a little slumber, a little 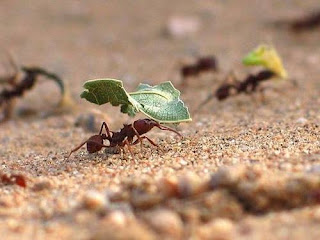 folding of the hands to sleep— So shall your poverty come on you like a prowler,
And your need like an armed man.  Proverbs 6: 6-11

We, who follow Christ should make a special effort against our own laziness. Both in our work for His Kingdom, and in our own personal work. Many people claim that the early Christian church was a socialist organization because they divided all their goods among everyone so that not one of them was in need. This is true. They freely gave to each other, particularly those who couldn't provide for themselves, such as the lame and widowed. However, each believer cheerfully gave of his own free will, the government didn't force him to. The government didn't tax him and then use those taxes to help the poor. The believer did it himself, which is what I believe Christ expects of us and where we have failed in our society.

In any case, Paul was quite clear on this matter.


If anyone will not work, neither shall he eat. For we hear that there are some who walk among you in a disorderly manner, not working at all, but are busybodies. Now those who are such we command and exhort through our Lord Jesus Christ that they work in quietness and eat their own bread  2 Thess 3:10-12

And in 1  Tim 5:8
But if anyone does not provide for his own, and especially for those of his household, he has denied the faith and is worse than an unbeliever.