Thorns in Eden by Rita Gerlach!!!!

Please welcome today my very good friend and great author, Rita Gerlach!  If you love the Revolutionary War time period, great adventure, and romance, then I highly recommend Rita Gerlach!! Right now, her new release, Thorns in Eden is only 2.99 on Kindle!!!  Of course if you prefer a paperback, you can purchase one of those as well.

Thorns in Eden
By Rita Gerlach

A 2-in-1 Collection / Historical Drama 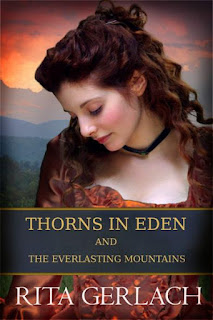 In 1773, John Nash journeys back to England before the first shots of the Revolution are fired. Rebecah Brent, a young woman who has known little more than the solitude of an isolated manor, has lost her father and is now under the control of a domineering patriarch. As their romance unfolds, they become trapped in a slanderous scheme forged by Rebecah’s uncle, Sir Samuel Brent. The door is rapidly closing to return to the Colonies, forcing Nash to leave England and return to a land immersed in one of the most infamous Indian wars in Colonial history. When an unselfish request is made by Nash’s father, Rebecah flees the entanglements her uncle in order to be reunited with the man she loves. Can Nash protect his beloved from a renegade who has no allegiance to any nation, tribe, or creed, wanted for robbery and murder, who has vowed vengeance? In Thorns in Eden and The Everlasting Mountains, love and faith are the sustaining forces that cannot be overtaken by the vines of adversity. As the firebrands of the Revolution grow hot, they marry and work together to build their estate, Laurel Hill. Facing a strange new world, Rebecah experiences the prejudice of being English, but finds friendship and acceptance in the wilds of the Maryland frontier. John Nash leads a band of rangers who protect the frontier families from Indian attack. His friendship with Chief Logan has not prevented the Indian War from reaching their peaceful home along the lush hills of the Catoctin Mountains. 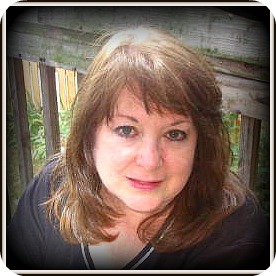 Rita Gerlach writes inspirational historical fiction with a romantic bent, with unique settings in both America and England. She lives with her husband and two sons in a historical town nestled along the Catoctin Mountains in central Maryland.