Winner of Heroine Picture Vote and my next project!

First of all, I want to thank you all so much for helping me choose the best picture that fit my heroine's description!!!  You all are so much fun! I enjoyed reading your votes and I appreciate you taking the time to help me!

Here's the description of the heroine:
Juliana Dutton is 21 years old, with sea-green eyes, and honey blonde hair. She is tall for her age and has a slightly athletic build.  Juliana is a hard worker, determined, stubborn, and independent. When she puts her mind to something, she never backs down. Due to her father's illness, she has been forced to take over the family merchant business in secret because women were not allowed to run businesses in 1692. Consequently, she bears the burden of her family's support, of getting proper care for her father, and of dealing with a lazy, pleasure-seeking brother.  Regardless of what society says, she believes women are equal to men and her greatest fear is poverty and loss of freedom. Which is why she never wishes to marry and become subserviant to a man.

And here's the results of your votes (taken from this blog, from facebook, and goodreads responses)

So, Jennifer Lawrence is the winner! Well she's not the winner, but her picture is the winner and will be used to help me visualize my heroine Juliana Dutton

Now, I thought you'd like to see the picture I chose for the hero. When I saw this picture, I knew it was the perfect likeness. Allow me to introduce you to Alexander Hyde, Viscount Munthrope. 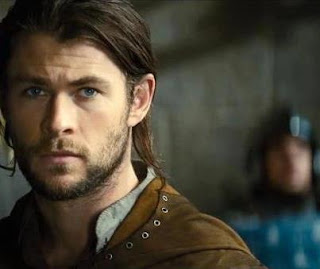 Alexander Hyde is Captain Edmund Merrick Hyde's only son. (If you've read my pirate series, then you will remember Merrick!)  Raised in a loving, Godly, home, Alex grew to love God and the sea. However, due to his father's long absences, Alex felt abandoned most of his life. When the opportunity arose for him to take over the pastorate of their family friend Reverend Buchan in Port Royal, Jamaica, Alex jumps at the chance to prove himself to his father and win his father's regard. However, inexperience and multiple failures cause him to forsake the God he loves and turn to piracy. Now, disillusioned, he leads a duel life. One the one hand he's the infamous Pirate Earl, on the other he's the dandy nincompoop Lord Munthrope.  He maintains the charade only for his own entertainment--to stave off the emptiness in his soul and boredom of life. That is, until he meets the lovely Juliana Dutton.

The book is entitled Herald of Grace and I'm SUPER excited about it!!  Can't you tell?  I'm back in the Caribbean with my beloved pirates. I'm just starting to write this... however it probably won't be released until late 2014 or early 2015.  :-(  (Sorry about that! But I thought those of you who loved my pirate series would like to know about this one coming soon!)