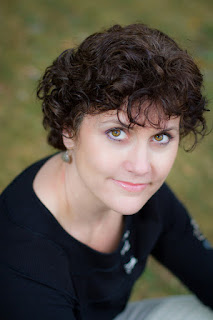 Today I have the pleasure of introducing my GOOD friend and GREAT author, Michelle Griep.  I first met Michelle at an ACFW conference years ago. Then when my publisher sent me on a booksigning tour in Minnesota, she offered me a place to stay in her home.  I can't say enough good things about this woman. She's fun, quirky, a great mom, wife, homemaker, fabulous hostess, extraordinary friend, lover of God, and an awesome writer. I've often told her that she puts my writing to shame. And I mean it!  She's the new voice in Christian Fiction.

Anyhoo, she has a new release this month that I had the privilege of reading awhile ago. It's a Regency Romance, but unlike any Regency Romance you've read!   Michelle has a way of drawing you into a story with a combination of wit and suspense that will capture your senses and keep you wanting more and more. I don't say that about many authors.  Her stories are not typical. They are far above typical.   She also has two incredible Viking romance novels out that you won't want to miss!  And if you want to see what a doll she is and how funny and quirky she is, be sure and visit her blog,  Writer Off the Leash
And now, without further ado, let's hear from Michelle!


Avoiding the Fellas in White Jackets

My mother took me to a pediatrician when I was five because I spent an excessive amount of time beneath the dining room table talking to my best buddy…Daniel Boone. Yeah, I know. He’s dead. I knew it at the time as well, but that didn’t stop me from having heart-to-hearts with him. In my mind, he was as real as the old cat lady who lived next door, only he didn’t smell as funky.

The doctor vindicated me by telling my mom there was nothing to worry about. I simply had a bad case of a vivid imagination. I don’t dare tell her (or the good doctor) that my gray matter now devises horrific murder scenes in cinemagraphic color—and that I actually make money doing it.

All this to say that writers are a quirky lot. They have to be, or they won’t get paid, which is really interesting because a few hundred years ago, the same twitchy behavior might’ve landed one in the loony bin. It didn’t take much...

Husbands committed wives for being “melancholy”. Translation: the fella took a fancy to the hot babe down the lane and wanted to ditch his wife.

Yo, mom and dad…got too many mouths to feed and one of them has a slight deformation? Maybe a cleft palate, perhaps? No worries. Pack that kid off to the asylum and voila; one less plate to serve at dinnertime.

If someone higher up the food chain has an issue with you, watch your back, buddy. Dueling is against the law, but getting you committed sure isn’t. All it takes is a lie or two whispered into the right ears and you’ll be packing your bags for Bedlam.

One of the most famous nutjobs in Bethlehem Royal Hospital was James Tilly Matthews, who was little more than a verbal threat to the crown. Well, to be fair, there was the rumor that he was a double agent, and he did think there was a conspiracy to place bad thoughts into his head by use of an “airloom”, but other than that, he was relatively harmless…unless you happened to be one of the politicians he spoke against and were worried he might froth up the rabble against you.

Getting packed off to a late eighteenth century asylum was about as much fun as stint in a Poorhouse. Many were understaffed, over populated, and the mental health industry itself was in need of reformation—which would and did come, but not in time to help out the heroine in my latest release, A HEART DECEIVED. 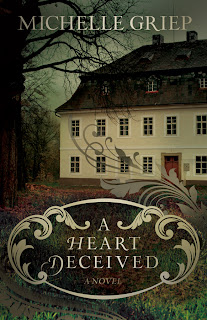 Miri Brayden teeters on a razor's edge between placating and enraging her brother, whom she depends upon for support. Yet if his anger is unleashed, so is his madness. Miri must keep his descent into lunacy a secret, or he'll be committed to an asylum—and she'll be sent to the poorhouse.

Ethan Goodwin has been on the run all of his life—from family, from the law ... from God. After a heart-changing encounter with the gritty Reverend John Newton, Ethan would like nothing more than to become a man of integrity—an impossible feat for an opium addict charged with murder.
When Ethan shows up on Miri's doorstep, her balancing act falls to pieces. Both Ethan and Miri are caught in a web of lies and deceit—fallacies that land Ethan in prison and Miri in the asylum with her brother. Only the truth will set them free.

Today, writers, daydreamers and silly hearts don’t need to be as fearful about the men in white jackets coming to haul them away. Still, it wouldn’t hurt if you kept all your talk about airlooms to yourself.

If you'd like to enter to win a copy of A Heart Deceived, please leave a comment for Michelle, along with your email address. I'll select a winner on June 28th!