MaryLu's Musings - Peek at the making of the cover of Abandoned Memories!

First things first, the winner of last weeks drawing for Michelle Griep's new release,  A Heart Deceived is!!!!.......      Salyna!!!!!   Congrats to Salyna! And thanks to all who entered.  The winner was chosen by Random.Org.

It's always exciting to get the first peek at a cover for one of my books. For some reason, I LOVE covers. I think they can make or break a book. Even a good book that has a bad cover won't sell as many copies. Also the cover must give an immediate impression of the story. Is it romantic, suspenseful, adventurous? Is it mysterious, supernatural? Is the mood dark or light? Happy or sad? Are your eyes drawn into the scene portrayed on the cover?

I have to say I'm extremely pleased with the covers for my Escape to Paradise series. The first one you've seen already is the cover for Forsaken Dreams, released this past March. The second one is for the next book in the series, Elusive Hope, releasing in November. Aren't they gorgeous?


What sort of mood do they invoke for you?

This past week I got the first peek at the cover for book 3, Abandoned Memories
My publisher sent me three "comps" .  These are just general backgrounds with the space for a model to be added later blacked out for placement.  Here's the back cover blurb for the story.


Something sinister lurks among the lush Brazilian jungle. . .

It is 1866 and the fledgling Confederate colony of New Hope is Angeline Moore’s last chance at a normal life. Running from the law, she longs to make a fresh start in this new Southern Utopia. But a series of disasters strike, threatening to destroy everything the colonists have worked for, while strange visions threaten to reveal the truth of a past Angeline is desperate to hide.

James Callaway failed at both doctoring and preaching, but he hopes that his move to Brazil will give him another chance to become the spiritual leader he so desires. He longs to create a world free from the immorality that plagued every street corner back home and ruined his life. And Angeline is just the sort of chaste woman he needs to keep him on the right track.

But something is amiss in New Hope: haunting visions, the discovery of crypts beneath an ancient temple, and an archaic Hebrew book, set the colonists’ fears on edge. When one of their own is found murdered, a series of disasters strike that lead them to believe they have been selected by God and brought to Brazil in order to defeat an evil that if unleashed could destroy the world.

Here are the three "comps"


So, what do you think??   Guess which one I chose as my favorite??

Then, they sent me the picture of a model they hope to use in the photo shoot for the cover. Here's my description of Angeline Moore:


At only twenty years old, Angeline has endured enough horror and heartache to fill a lifetime. When her father was murdered, she was sent to live with an abusive uncle but was soon forced out onto the streets. Starving and cold, she trusted a woman who took her under her care, only to discover that she’d been thrust into a life of unimaginable disgrace. Running from the law for another crime, Angeline joins Colonel Wallace’s expedition to Brazil, hoping to hide her past and start a new life. And maybe even become a lady again.   Angeline is petite with russet hair and violet eyes, petite with feminine curves.

Here's the model they sent.  All three are of the same girl, just different poses. So what do you think? A good fit or not? She will have her face turned away for the most part. 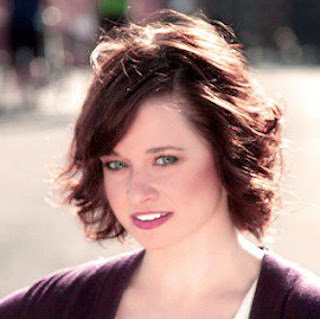 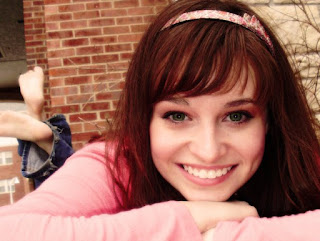 So, now I wait to see the finished product! I'll pass it along to you when I get it.

Have a great weekend!!
Posted by MaryLu Tyndall at 12:30 AM